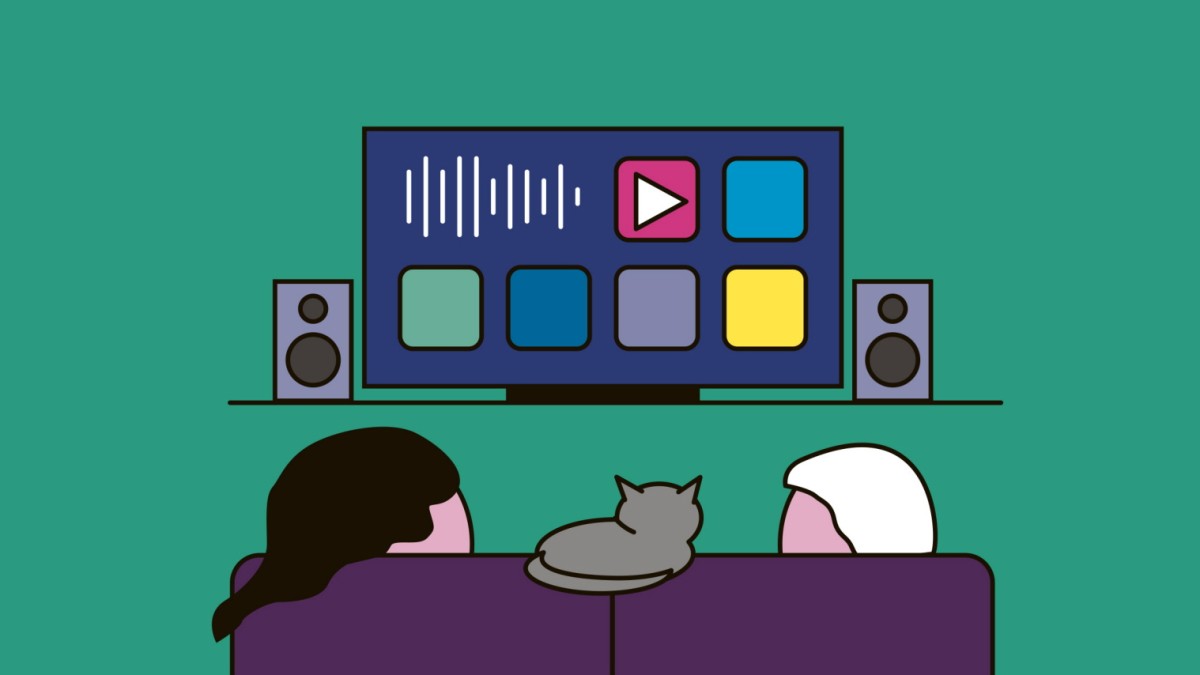 It doesn’t take much to put this story in a new context. Right at the beginning of the four-part radio play adaptation of George Orwell’s dystopian classic 1984 Julia Gordon directs a voice message to a group of followers. Gordon is one of the central characters in this story of total social control, and she is the one who most conspicuously comes to the fore and vies for attention in the process.

In this intro, director Klaus Buhlert turns Julia Gordon, played by Elisa Plüss, into an influencer who raves about her big brother. In his novel, which was completed in 1948, George Orwell radically exaggerated the monstrous totalitarian systems of his epoch – National Socialism and Stalinism – and thus in a certain sense thought it through to the end. He started out from political ideologies, but had enough imagination to recognize that totalitarianism only unfolds fully when there is no longer a political goal, but when power becomes an end in itself. And when there is no longer any need for individuals or tangible institutions to control this system. But when the system is self-sustaining.

Past, present and future: everything is determined in the ministries

Big Brother, who sees and hears everything, the ministries for truth, love, peace and abundance, in which the past, present and future of all people are determined – that is not comprehensible in the conventional categories of political elite and bureaucratic apparatus, either in the context of fascist structures. It takes the voluntary participation of almost all of society.

Without actually trimming the material for the present – for the director Buhlert a few discreet but decisive movements are enough – the radio play opens a door that George Orwell was not yet able to know about its actual existence. And with this radio adaptation you look from 1984, the description of an absolute castration of freedom of thought and truthfulness, on the filter bubbles of our present, on fake news, cancel culture, shitstorms and permanent advertising messages. As well as the multiple voluntary devotion with which the users of social networks make use of them.

There is no cheap social media scolding behind this, and certainly no equating Twitter Trumpistan with the Nazi regime or the Stalin terror. However, the discomfort about digital corporations, who seem to have lost control of their communication platforms, and a user base that either does not seem mature enough to see even the most obvious risks – or deliberately ignores them for a few convenience. The radio play does not show where we are today, but rather where we might one day get to if we as a society are united enough.