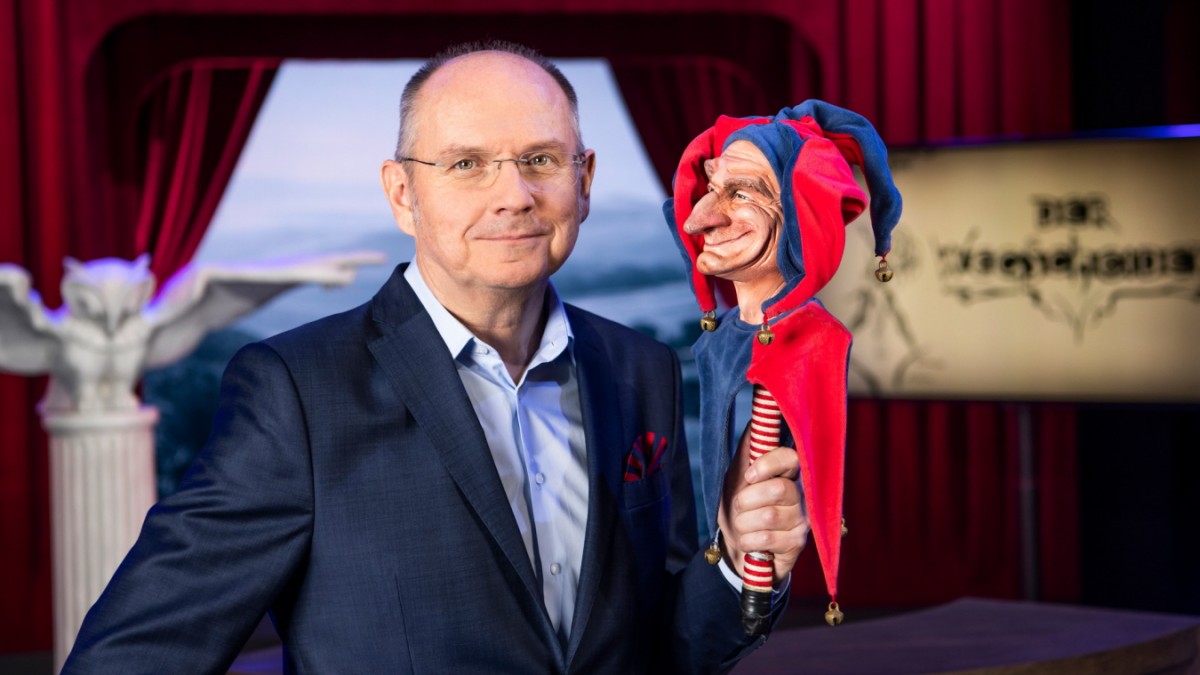 The eleventh of September is an annual high mass for conspiracy theorists: If it has their way, if there is any doubt, it was the US secret services themselves who pulverized two towers of the World Trade Center, chased a plane into the Pentagon and killed more than 3,000 people. Could the steel structures in the towers really melt that quickly, wasn’t a missile actually blowing the hole in the Department of Defense and did the terrorists really know how to fly wide-body aircraft? The so-called Truthers have alternative explanations for everything.

Ferdinand Wegscheider, artistic director of the television channel Servus TV since 2016, takes up his weekly commentary The divider current topics – next to him always a stick puppet named Till, which is supposed to emphasize the satirical character of his comments. The pandemic is actually his favorite topic, but Wegscheider effortlessly manages to draw a direct line from 9/11 to Covid-19: On the occasion of the 20th anniversary of the attacks, the journalist worked on the naive, the official version believed the US government – in order to then compare them with those that politicians and journalists trusted in the pandemic. Wegscheider’s monologues are now also popularly shared on Facebook and Youtube, the director of the small private broadcaster from Salzburg is a fixture, especially among so-called lateral thinkers.

The recurring themes of the 61-year-old are: compulsory vaccination through the back door, hushed up side effects, restriction of basic rights, repression, the pressure on the unvaccinated, the suppression of critical experts, the uncovering of the truth behind the politically motivated lies and the interests of the pharmaceutical industry. Oh yes, and the virus comes from the laboratory. After all, even the World Health Organization says that.

It doesn’t, but a classic weekly comment consists of exactly that: ironic refraction, alternative facts, and solidarity with those who would, wrongly, be called aluminum hats, oaths or conspiracy mystics. Example 23 October: Wegscheider first mocked the “ideologically motivated succession” against ex-Chancellor Sebastian Kurz and a “violence-glorifying” play in the Vienna Volkstheater. But then he landed again on his favorite topic, the pandemic, protected those who refused to vaccinate from the arrogance of vaccination advocates and distributed some figures that were in need of interpretation: With reference to the Austrian Agency for Health and Food Safety, Ages for short, he calculated that among the “Those who tested positive with symptoms” received a third double vaccination in the past few weeks, and even two thirds of those over 60. So is the vaccination not working? If you ask Ages for the full picture, you get these numbers: Among the almost 5.4 million people with a full vaccination, the rate of vaccination breakthroughs is a meager 0.53 percent. Or more simply: for every 1,000 fully vaccinated people there would be exactly five new infections. Ergo: the vaccination works.

Covid 19 and Servus TV are linked by a kind of love-hate relationship. The broadcaster benefits from the fact that so that Standard, “Corona downplayers and Gates conspirators” particularly “feel good” with the Salzburg medium. This is not only due to the comments made by the shy director, who was “not available” for a conversation with the SZ. But also regular programs on the pandemic like that Corona-Quartet or Talk im Hangar. The key witness that Covid is no worse than a bad flu and that the Corona measures are global scaremongering has long been retired epidemiologist Sucharit Bhakdi, who Wegscheider himself liked to question in detail and affirmatively. Bhakdi is now with Servus TV because of anti-Semitic statements, but not because of his hair-raising unscientific positions persona non grata.

The swing pays off economically, the quotas are increasing

A study by the University of Vienna in the summer shows that the alternative realities that Servus TV spreads with particular passion have meanwhile found an inclined audience: Among the viewers of Servus TV magazines and talk shows, 21 percent are of the opinion that this is the case Coronavirus is no more dangerous than normal flu. For comparison: Among ORF viewers, only ten percent see it that way. The thesis that Bill Gates wanted to forcibly vaccinate mankind in order to increase his profit could be won over to 21 percent of the users of the public service broadcaster; at Servus TV it was 33 percent. Wegscheider did not want to comment on such “rumors” when asked.

The pandemic will end one day, “but Servus TV will possibly forever be the lateral thinker broadcaster, the disinformation broadcaster, the broadcaster that belittles the virus,” one of the study’s authors, Jakob-Moritz Eberl, told the ORF media magazine #doublecheck . That recently had the Dietrich Mateschitz’s private broadcaster a whole program dedicated to “The Right to Send Nonsense”; According to the editor of #doublecheck, Stefan Kappacher, talk guests repeatedly reported that the station had an “agenda” and that vaccination advocates did not like to have a say.

Is Wegscheider consciously copying polarization based on the example of Fox News?

It pays off economically, quotas rise, a gap in the market is filled. According to the Red Bull press office, the market share in Austria has increased from 2.1 percent in 2017 to 3.6 percent this year. The media consultant Peter Plaikner, who has been observing the development of the station founded in 2009 for a long time, believes that Wegscheider, as director, consciously copied American role models such as Fox TV and was successful with extreme polarization. He gathered “obscurants” on the screen and made Servus the strongest private broadcaster in Austria for the first time in 2020. Plaikner makes an informative comparison: if ORF 1 were the first Austrian television, so to speak, the ARD’s first program, and if Servus TV continued to develop as it did last, then Salzburg would have overtaken its competitors in three and a half years.

The overall mixture, according to the media expert, is decisive: a longing for home, sport and a campaign against the intellectual mainstream – that is the recipe. The scientist calls it “sophisticated”. ORF media editor Kappacher calls the “spreading of conspiracy stories”, with good reason, a “business model”.

You can read more from Austria every Friday in the Austria Newsletter. Register now for free.