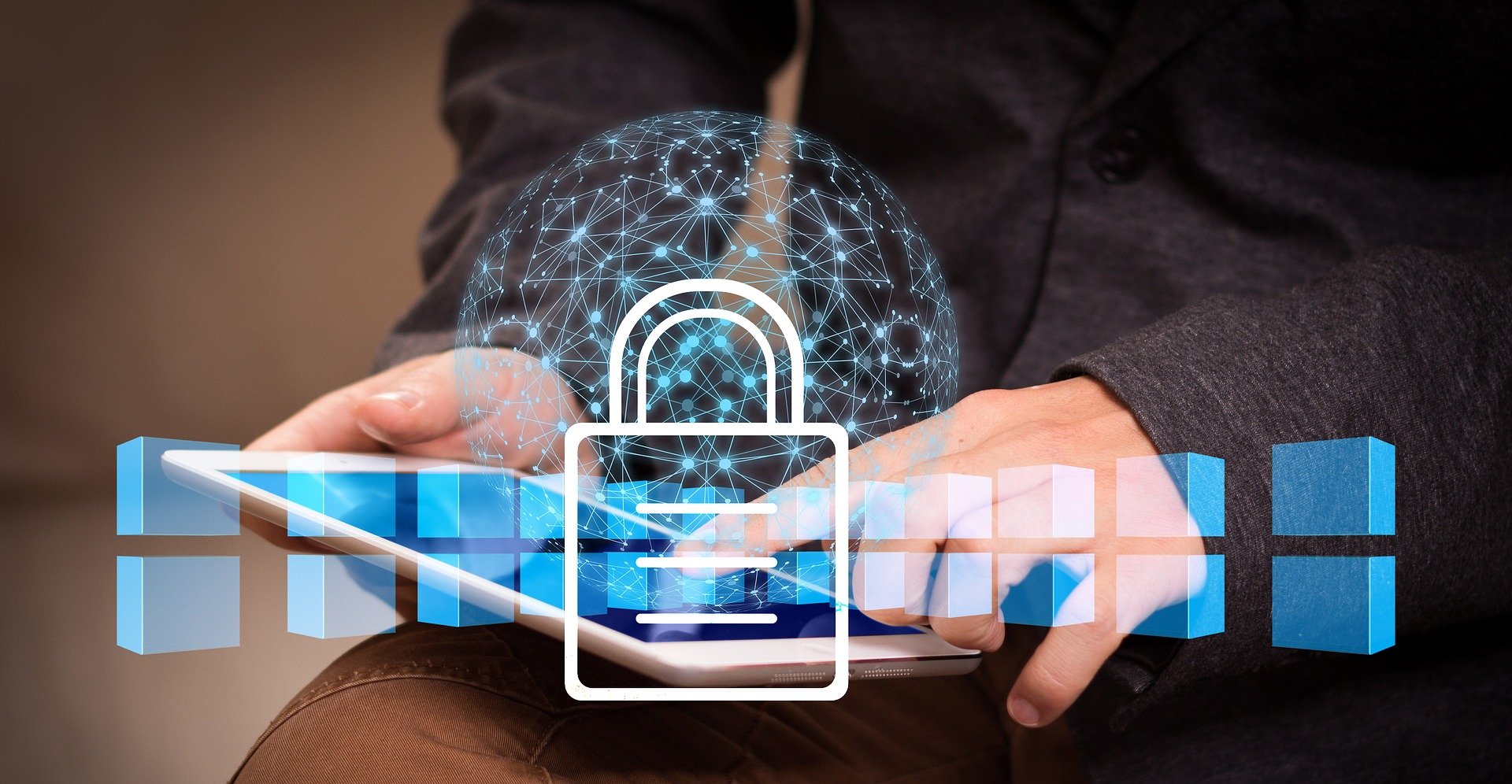 Once again the hackers struck. The number of cyber attacks has increased steadily over the past few weeks. Regardless of whether authorities, politicians, cryptocurrencies, oil pipelines or companies, the hackers attack everywhere around the world and mostly they are successful. The ransom sums are reaching astronomical heights, with an estimated 200 million US dollars in the USA. Media Markt and Saturn have now been hit in Europe. It won’t be the last cyber attacks before Christmas. For the hackers, the high number of transactions in the Christmas business is more or less an invitation, and the dangers and potential areas of attack are so great that they are almost impossible to contain.

///// NATIONAL TRADE
The HDE expects an increase in sales in the Christmas business
According to the forecast, sales will increase by two percent compared to last year Trade Association Germany (HDE) for the upcoming Christmas business. In the two months of November and December, the association expects a new record of around 112 billion euros, driven by online trading. The association announced that there could be difficulties due to the disrupted supply chains, the pandemic and the rise in inflation. The calculations are based on a survey of 450 companies from different industries and sizes. 45 percent anticipated an increase in sales, around a third with stable income. The HDE sees the high savings and the positive consumer mood as plus points for the upcoming Christmas business. For e-commerce, it could go up by more than 17 percent to 23 billion euros.

+++ ad +++
Trade Congress Germany
Re-Start Now. Time to act!
Politics, Society and Commerce of Tomorrow.
This is the motto of the German Retail Congress this year on November 17 & 18, 2021. We bring inspiring Speaker: within from trade, politics and science to the stage, offer practical workshops, exciting panel discussions and new solutions for intensive networking.
Be there and register now!

Booking.com wants to include complete trips in its program
The travel portal Booking.com wants to say goodbye to its position as a platform for hotel bookings and to position it more broadly. After a message from the dpa CEO Glenn Fogel announced that in the future customers could book their entire trips with arrival and departure in addition to overnight accommodation on the platform. In addition, Fogel wants to expand the range of climate-friendly and sustainable travel options. An example would be electric rental cars, but also support for hotels in converting them into climate-friendly systems. The online platform increased its sales by 77 percent in the third quarter compared to the same period of the previous year, but Fogel expects a slower recovery in business travel in contrast to the holiday sector. The judgment of the Federal Court of Justice last May, according to which the portal was no longer allowed to demand best price clauses from the hotels, had no influence on the economic figures from Booking.com. In the course of the clauses, the room prices on the websites of the hotels were not allowed to be cheaper than on the Booking.com website.

Ceconomy is increasingly relying on omni-channel
Ceconomy, main shareholder of the two consumer electronics chains Media Markt and Saturn, wants to establish itself more clearly in the future as a provider in both stationary retail and e-commerce. The goal is to become a stronger competitor for Amazon, said Ceconomy boss Karsten Wildberger in an interview with the Handelsblatt. The goal is to “build a leading European omni-channel platform”. During the pandemic, it was possible on the one hand to further develop logistics and on the other hand to shorten delivery times. Ceconomy was also active with regard to the Christmas business and delivery problems and increased stocks at an early stage. In the future, the two chains should deliver the ordered goods to customers on the same day, according to Wildberger’s announcement. The share of online trading is now around 33 percent, and sales here have increased 4.5 times over the past 18 months. He continues to drive on the other rail and does not hold back. In the case of branches in Europe, new stores with an area of ​​up to 5,000 square meters are planned, but the average market size should decrease.

The Coop City department stores in Switzerland can now handle their sales via the new Coop-city.ch online shop. According to a report, the portfolio includes Trade newspaper around 13,000 items. Free deliveries are only possible for customers with an order value of 99 Swiss francs and more, and 450 collection points have been set up. The new portal is the fourth online platform after Coop.ch, Microspot.ch and Nettoshop.ch.

Zalando wants to celebrate the joy of Christmas with a new campaign
# GlückGehörtZuUns, this is how Zalando wrote the new Christmas campaign. With the 360-degree holiday campaign, the fashion retailer wants to give users the chance to share happiness and joy with others again after the limited public holidays last year Textilwirtschaft. It’s about capturing the spirit of the festive season, celebrating joy everywhere and in all variations. According to the company, the campaign is a step towards the “new normal”, small and large feelings should be given space again. It is presented with videos, photos and on Zalando’s channels in social media.

UK online retail boost during the Christmas season
According to a new survey by Yodel, UK online retailers can look forward to a wonderful Christmas season. According to a report by Tamebay around a third of consumers on the British Isles plan to buy the gifts exclusively online. Last year the rate was seven percent. The customers were turned around by the possibilities of the delivery of goods and the inadequate selection in the shops at the time. Around 61 percent are now planning to split their purchases into stationary and virtual. This is particularly popular with the group of 18 to 24 year olds, 68 percent of this group want to buy hybrid. The market researchers attributed the high proportion of this variant to the growth in online trade, but also to the customers’ desire for the Christmas atmosphere in the city centers and in the shops.

Majority of customers are dissatisfied with the way orders are processed

According to a study by Zebra, the retail sector has deficits in the processing of online storage. E-Commerce News reports that only 38 percent of consumers are satisfied with the service, 55 percent of decision-makers on the retailer side are of the opinion that customers trust them. Only 51 percent of the employees are convinced of trading under the specified conditions. More than 60 percent of customers rely on offers in which they would buy products online and then pick them up in a branch. According to the results of the study, around 75 percent of decision-makers in retail wanted to make the processing and handling of online orders more efficient. More than a third is in the process of converting retail space in the stores into areas for collection and return.

Walmart uses delivery vehicles without drivers
Walmart in the US state of Arkansas first delivered groceries in vehicles without a driver. No driver was used as security on the tours, reports Business Insider. The delivery vans have been developed in cooperation with the start-up Gatik since the end of 2020. Both partners have been testing the vehicles for twelve hours a day on a seven-mile lap since August, and there was no emergency driver on board. Walmart hopes to expand the operations to other regions and then also be able to compensate for the shortage of workers. The employees could then take on “higher quality” tasks. So far, however, automatic vehicles have required a certified operator.

Hacker attack on Media Markt Saturn
In the night from Sunday to Monday there was a hacker attack on the electronics retail chains Media Markt and Saturn. After a message from the Bavarian Broadcasting the branches were affected, there were problems with the till systems, in some shops only cash payments were possible. In contrast, there were no failures in the online shops. According to the company, there was no need for action for the customer. There have been reports that the cyber attack spread to up to 3,100 servers.

Ikea starts buyback campaign
Ikea plans to start the buyback campaign between November 20 and December 5 “Buyback Friday” Strengthen the sustainable character and show it to the outside world. During this period, the Swedish furniture store is offering customers special conditions for the company to buy back Ikea products. The repurchase price will be increased by 20 percent and the campaign will include around 1,700 products, according to the German Ikea headquarters. After the sale, customers received a voucher card that the goods could be sold on to the treasure trove and circular hubs of stores. The basis of the campaign is the “Second Chance” program launched in 2019, which aims to achieve a longer useful life for the pieces of furniture. The products are resold at the regular buy-back price.