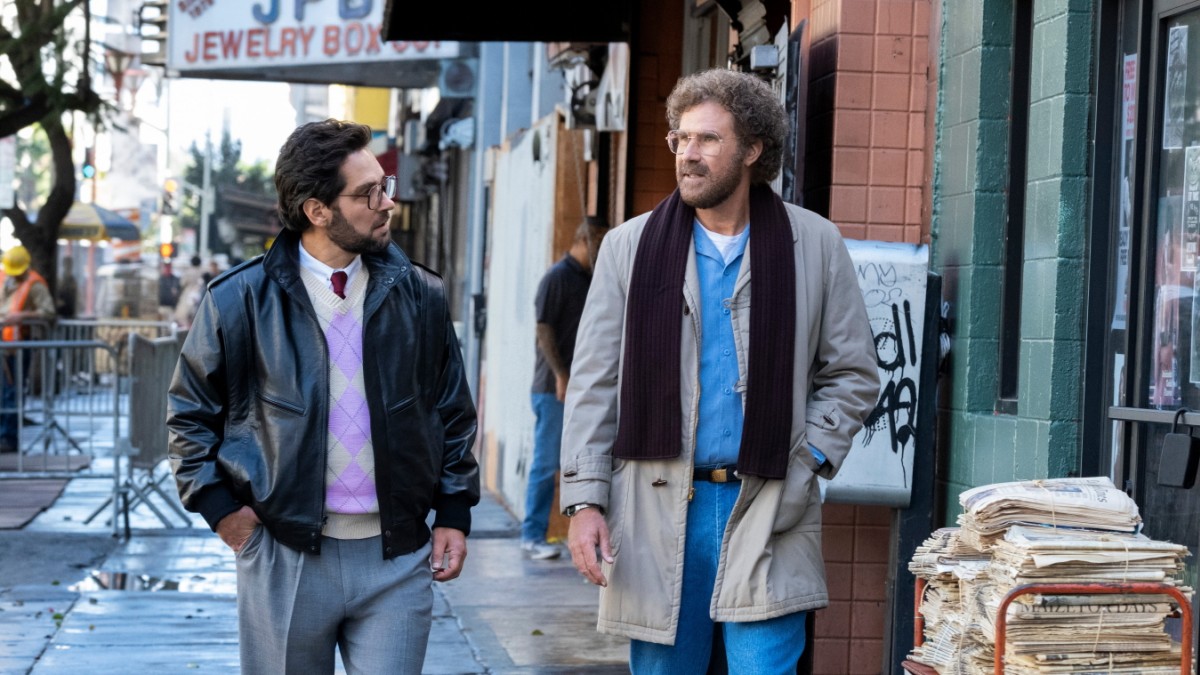 The Shrink next Door: Toxic bond with Paul Rudd and Will Ferrell

At the beginning of each episode of The Shrink next DoorVines crawl over the belongings of Marty Markowitz (Will Ferrell). A symbol for the psychotherapist Isaac “Dr. Ike” Herschkopf (Paul Rudd), who takes Marty’s life bit by bit. “He lives in your damn head,” says Marty’s sister Phyllis (Kathryn Hahn) the therapist. When Marty himself realizes what is happening to him, it is almost too late.

1981: Marty is shortly before his 40th birthday, he suffers from the death of his father, but he was able to take over his well-run business. His life is a complete rut and he seems to be losing control of it. On recommendation, he visits Dr. Ike. But instead of taking control back, he hands it directly into the hands of the charismatic therapist. “You don’t have to do anything. I will take care of you, I will take care of everything,” is his promise.

Marty falls for it. It starts with a made up bar mitzvah, as his own 27 years earlier was sold to him as the source of his adult problems. It ends another 27 years later. During this time he becomes a victim of the machinations of his supposed helper. He thinks in Dr. Ike finally found a friend: “Psychologist, business partner, best friend.” And because of him, he loses almost everything: jewelry, bedroom, sister. Dr. Ike is addicted to parties and enjoys the attention, and Marty gives him the change to make his fantasies come true. A classic impostor story.

The license has since been withdrawn from the real fraudster

What Apple TV + designed as a series is based on a podcast of the same name. The genre: True Crime. So a real criminal case. The real Dr. Ike once resided in a mansion in the New York Hamptons that belonged to the real Marty, who was mistaken for the gardener by neighbors and guests. Even in the series, Marty is often not believed that it is his money that Dr. Ike hit the head. Ike’s wife Bonnie (Casey Wilson) finds it strange at first to spend the night in Marty’s bedroom while the landlord has been pushed into the guest house. But Ike believes that he is acting with the best of intentions. Only at the beginning of this year was the real fraudster’s license revoked.

The toxic therapist-patient relationship that has lasted for almost three decades is told over eight episodes. The relationship seems to tip over when Marty repeatedly encounters a person who distrusts the psychologist. But before he can believe them, Dr. Ike played her off against him again. Marty can be lulled further, Ike positions himself in the role of victim: “I’m a terrible therapist.”

This web of intrigues is spun in the first three episodes. Once you’ve figured it out, the plot just drags on. In addition, the characters are only sketchily drawn. The manipulative behavior pattern repeats itself one after another. Can black humor carry the series? Perhaps the case in the feature length would have been better off.