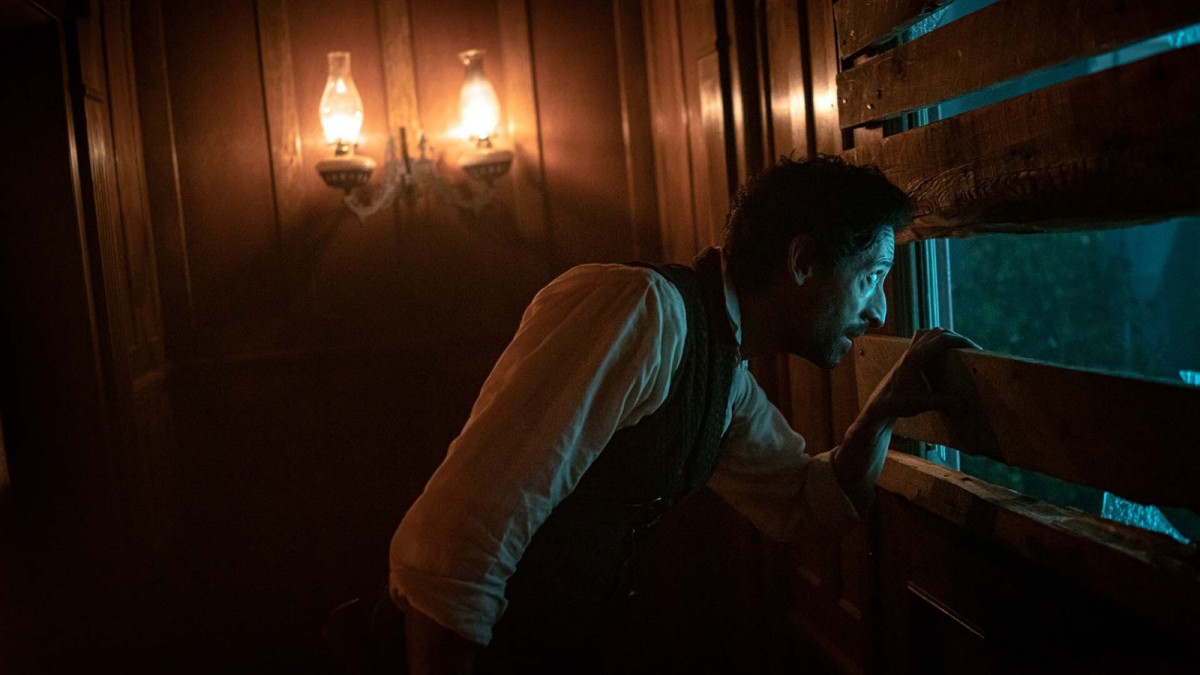 “Chapelwaite” on Magenta TV: Horrors of the Day

Good thing they’re all dead. The villagers had long since identified the Boone family as the cause of their misfortune. Especially for the plague that still goes from house to house like a ghost. Who if not this accursed family is supposed to have brought the disease? Add to that their strange behavior and this old property: Chapelwaite. None of the previous residents was lucky. It creaks and rumbles in the old walls. Are there only rats in the walls? Or do the problems lie deeper, in the earth and in people’s minds?

It’s understandable that Charles Boone would want to do things differently. He was the captain of a whaler, after the death of his wife he wants to start a new life with the three children on the estate of the distant family: reorganize the old mill, stimulate the economy in the town, overcome the death of the woman. Adrien Brody plays this melancholy widower who repeatedly plagues grotesque tantrums and who believes that his family’s illness was an illness of the mind. Many Boones see worms where there are none, even dream of them. Charles fears that he has long since ceased to be the master of his own house.

“Chapelwaite” is inspired by an early and very atypical short story by Stephen King. “Letters from Jerusalem” or in the new translation “Jerusalem’s Lot” (not to be confused with King’s novel “Salem’s Lot”) appeared in the short story collection “Nachtschicht” in 1978 and tells in several letters of Charles Boone’s research on his property, the cursed should be. In the form of a story in letters, King invokes an old tradition of the horror novel as it was cultivated in the 19th century. It alludes to Edgar Allan Poe’s The Fall of the House of Usher, Nathaniel Hawthorne, and HP Lovecraft. A not entirely unproblematic line. Lovecraft held racist views, and the Hawthorne stories consistently draw a clear line between the Christian, civilized city of European colonizers and the American wilderness, where the heathen dwell and the devils lurk in the woods.

The only black worker in the mill is excluded and bullied

But this is exactly where “Chapelwaite” comes in, already with the dreary but consistently successful backdrop that exactly matches the atmosphere of this horror literature. King’s template is more of a motivator, the series develops its story and setting from the entire literary context that the narrative calls up. Boone’s late wife wasn’t white on the show, her children look like Native Americans and are treated negatively and abusively by the hypocritical Christians of the village. The only black worker in the mill is excluded and bullied, not even allowed to enter the saloon. They are blamed for the mental health problems of Boone and his family.

Horror in the USA often has social origins, and “Chapelwaite” skilfully mixes motifs from the history of eerie literature with the forms of racism and xenophobia that are only now being addressed centuries later. Of course, these issues were already sexed back then, and the roots of this hatred go deep. The uncanny thing about “Chapelwaite” is less the supernatural and inexplicable, with which this very successful series also plays, than Boone’s slow drift into madness: It is not the invisible or the hidden that inspires fear. They are the horrors of broad daylight.