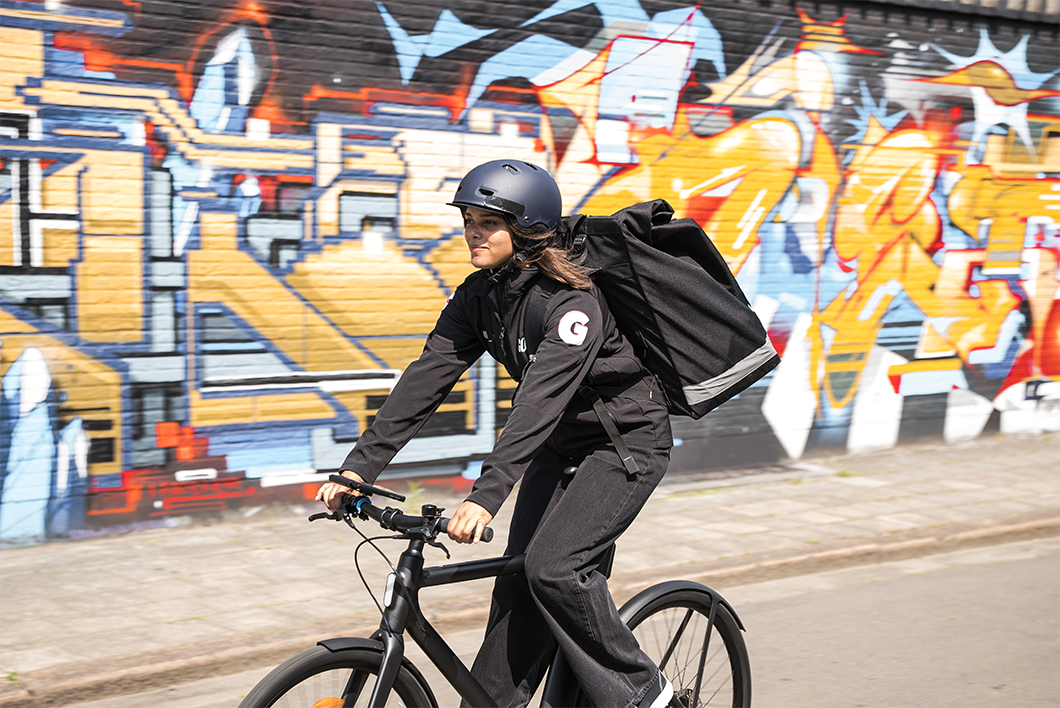 The retail sector is currently in one of the most difficult situations; an introduction of the 2G rule would severely affect the all-important Christmas business. But in view of the expected full city centers, there will hardly be a real alternative. The cancellations of Christmas markets are also a further burden, because they are no longer used as magnets that draw people to the cities. HDE President Josef Sanktjohanser is now using the trade congress to put pressure on the potential new government during the coalition negotiations. He calls for fewer interventions in tariff sovereignty, more flexible handling of the opening clauses and faster measures for inner-city trade. Politicians only react to coronavirus issues, there are still opportunities when setting the impetus and building the framework for a new start, they have to take action.

Works council election for gorillas possible
Gorillas employees and management have been arguing about working conditions for months. As a result, employees of the delivery service wanted to terminate a works council, which the company absolutely wanted to prevent. Now the labor court in Berlin has ruled per employee and approved the election for next week. Possible errors in the electoral process would not have been sufficient for a decision against the election, reports the Spiegel. The company had stated that the electoral board was not responsible due to recent restructuring. The company could contest the election later, the court said. The decision is not yet final.

New capital injection for Berlin Brands Group
The Berlin Brands Group (BBG) receives a new capital injection, the investment company Ardian takes a minority stake, the exact amount is not known. the BBG intends to use the additional capital to set up its own sales organization in China; further logistics locations are also planned in Europe. The e-commerce company has taken over 42 brands in the past twelve months, and more are to follow, according to the company. Peter Chaljawski and his founding team remain the majority shareholder in BBG, and Bain Capital joined the company as the second largest shareholder a few weeks ago.

Doordash starts in Stuttgart
And again a new delivery service sends its drivers out. But there is a change. Because Doordash did not choose Berlin as the first location in Germany, it starts in Stuttgart. At the start, 30 couriers will be on the way for the US provider Handelsblatt. The company has not yet provided any information about other cities, but the German headquarters in Berlin should be expanded. However, larger steps are to be expected from Doordash, as the takeover of the European provider Wolt was announced only last week. According to Handelsblatt, founder Andy Fang has classified “the international expansion as the project for the coming decade” for Doordash. Doordash and Wolt should now appear next to each other. It is about becoming profitable, according to Fang, the German market has enough potential.

The end of Visa at Amazon UK
In Great Britain, payments with a British Visa card will no longer be possible at Amazon in the future, writes the Food newspaper. The online group cites the high fees for processing credit card payments that Visa would incur as a reason. As a result, transaction costs remain high, but technological progress should lower them. The blocking of Visa credit cards should apply from January 19, the debit cards would continue to be recognized. Visa has announced that it is working on a solution for further recognition of the cards.

British banks want to accept “Buy Now Pay Later”
In Great Britain the banks are considering introducing the “Buy Now Pay Later” (BNPL) payment method. The regulations are to be changed, the banks wanted to participate in the strong growth of the payment method, which is currently around 60 percent per year. Around five percent of online retail transactions were currently carried out via BNPL, reports Fashion United. Despite fears that customers might build up debt with different companies, there are signs from the government that the rules are changing. At the end of January, the Ministry of Finance wants to decide on the appropriate provisions, since BNPL is not covered by the regular customer credit rules. Some banks have already shown interest in the introduction, so already active providers such as Klarna, Afterpay, Affirm and Paypal would have to adjust to stronger competition.

Swiss Federal Council wants to ban price fixing clauses in booking platforms
The Swiss Federal Council is debating a ban on fixed price clauses for hotels and other providers on booking platforms. For this, the law on unfair competition must be changed, it is now up to Parliament, reports the Trade newspaper. The aim of the change in the law is that the platforms can no longer forbid hotels to offer cheaper rooms on their websites. The Federal Council demands that the hotels can set their prices freely. After the change, not only the individual companies but also associations should be able to take legal action. In Germany, the Federal Cartel Office had sued the best price clause, and the Federal Court of Justice had then banned it.

BSI warns of dangers related to Black Friday
The Federal Office for Information Security (BSI) indicates possible dangers during the campaign days around Black Friday and the Christmas business. The federal authority warns e-commerce of “unusually strong DDoS attacks” (Distributed Denial of Service). Online retailers should prepare themselves with appropriate countermeasures and not respond to blackmail attempts. A cyber security warning is available on the BSI website as Download deposited. According to BSI President Arne Schönbohm, DDoS attacks have seen up to 21.8 million requests per second in the past few weeks. The protective measures should be adapted to the new capacities of cyber criminals.
New packages for commercial customers on Ebay Classifieds
Ebay Classifieds has introduced two new packages for commercial customers. The entry-level offer is now called “Basic” and includes unlimited advertising time, the automatic upgrade of the system inventory and a company website. The price for the package corresponds to that of the old Pro offer. The “Power” package includes additional functions including a start page placement, the monthly addressing of users who follow their own profile, and a “permanent top ad”. In the “Premium” package, users also have access to additional functions for ad design, up to 40 images are possible per ad, their own ads can be activated without third-party advertising and PDF documents can be integrated.

Product availability determines Black Week
Consumers can expect a different Black Week this year than usual. This is the result of an analysis of the GfK. According to Tatjana Wismeth, Head of Distribution & Supply Chain Intelligence, the action week in the tech sector this year will be determined by product availability. In their assessment, the replenishment and supply chain problems “do not paint a rosy picture”. Although there were signs of improvement, the situation is tense. For manufacturers, however, the situation also offers opportunities, because customers tend to opt for other suppliers if they cannot get the originally selected products. The manufacturers could win new customers in this way. The question for retailers is whether they want to offer the products during Black Week or wait for the Christmas business; the goods would probably not be sufficient for both phases. However, the trade can prepare for good sales figures that could exceed the very good numbers of 2020. In any case, customers would have to prepare for higher prices.