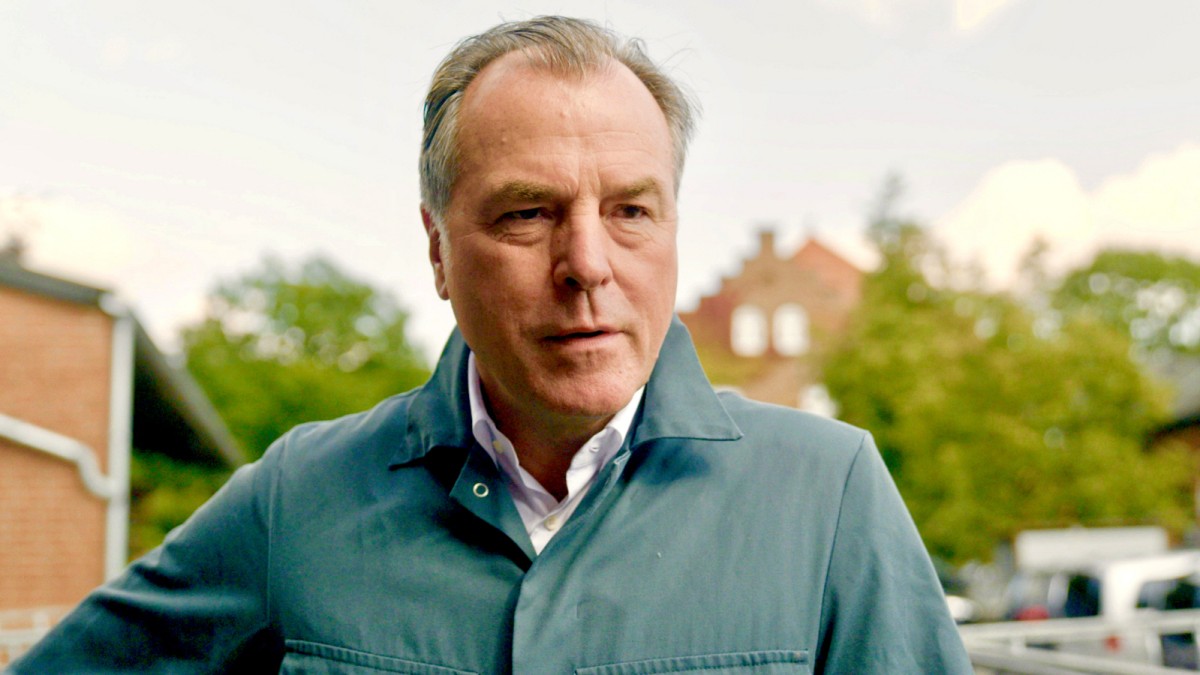 “The battle factory”: an ARD documentary about Clemens Tönnies

At the beginning, the viewer meets Germany’s most famous butcher as he thinks he knows him. “I’m not a godfather”, Clemens Tönnies denies the prejudices about himself: “Zampano, godfather – there is no such thing.” The meat baron looks sullenly into the camera, then leads the audience inside his empire. The CEO rubs the back of an employee on the assembly line. Or he complains that an employee has just wasted a scrap of meat while cutting a pig. Tönnies, the driven one, drives. Every gram is important to him at the main plant in Rheda-Wiedenbrück, Westphalia, where 7,000 employees chop more than 20,000 animals into schnitzel, ham and neck steaks every day.

It’s rare glimpses that The slaughter factory offers: a documentary that runs on Monday evening from 10:50 p.m. on ARD. A WDR team researched for almost a year in order to show in just 45 minutes what it’s like in Europe’s largest meat factory. The report investigates (according to the subtitle) the question “how Tönnies fights for its reputation”. But the film does a lot more: “The story in the first” dismantles the entire pig system. Within three quarters of an hour, the viewer learns from the piglet in the barn to the fillet, which rules and constraints factory farming and industrial meat production obey. And why Clemens Tönnies, presumably the most powerful man in the industry, could perish as a result.

“We won’t go on like this,” promises the boss

The film begins on the day when Tönnies is at its lowest point. On June 20, 2020, the district of Gütersloh will stop meat production in Rheda-Wiedenbrück. A corona outbreak in the slaughterhouse infected more than a thousand temporary workers – mostly Romanians, Poles and Balts. Thousands are herded into quarantine. On the afternoon of this black Saturday, the CEO stepped into the sunlight in front of his marble-white headquarters: “We won’t go on like this,” promises Tönnies. “We’re going to change this industry.”

From meat Saul to branch Paul – does he want that, can he? The WDR research begins in Rheda-Wiedenbrück. This is where Tönnies actually gets involved: he invests millions of euros in better ventilation for his factory, buys rows of residential silos and single-family houses in order to offer low-wage workers better accommodation. And for the first time, he is offering his temporary workers, who previously worked under the thumb of dodgy subcontractors, direct employment contracts. This is progress (expensive for him) – but it is not a total break with the old structures, a clear cut with all the ropes in the meat industry.

The search for clues leads to Romania, where Tönnies recruits many of his mostly unskilled butchers, butchers and packers. The group doesn’t do it itself. Some of those subcontractors who used to recruit temporary workers for works contracts still do it, for their own account and against commission. Former employees, trade unionists and social workers tell how this network fishes people for Tönnies. And what happens to those who do not understand a word of their German treaties. Or they are retired and sent back to Romania after a serious injury in the slaughterhouse. Miserable, still.

Who is dependent on whom if you always need new cheap workers?

Dumitru Miculescu is one of these troubled fishermen of men. Unlike Tönnies, the Romanian does not face the WDR camera. But it becomes clear what power this “service provider” (Tönnies about Miculescu) has – not just over the countless compatriots whom he supplies to a German meat factory. But also about their boss, who desperately needs these workers and is afraid of losing a thousand employees on the pig assembly line in one fell swoop without this supplier. “The question is justified: who is actually more dependent?”, Says Tönnies in the interview, “I still need this link”. At this point, Tönnies sounds like a junkie in tough withdrawal: “We’re going down,” he says. “We just have a time factor that we need to change.”

Towards the end, the documentation opens up a glimpse of the rest of the meaty food chain. One of the more than eleven thousand pig breeders, for example, who delivers his animals to the slaughterhouse for a unit price of 120 euros – although he would need 150 euros to cover the costs of the family business. Tönnies assures that his company is “not part of the problem, but always part of the solution.”

But what solution? A spokesman for the grocery trade denies that low prices at discounters are to blame for the meat crisis. While the farmer is worried about his existence, the big butcher is now also seeing an economic model that he himself helped create. Corona, swine fever and stricter laws are bothering him. “You can see that we are exactly extremely under water, that is, in deep red numbers,” he says, “and not just Tönnies alone.” But the entire industry.

Tönnies is switching, even to vegan goods. He has long been a driver and a driven man at the same time. Only one accomplice does not appear in the “slaughter factory” of the WDR – the meat-consuming consumer. But he is, hopefully, in front of the television.