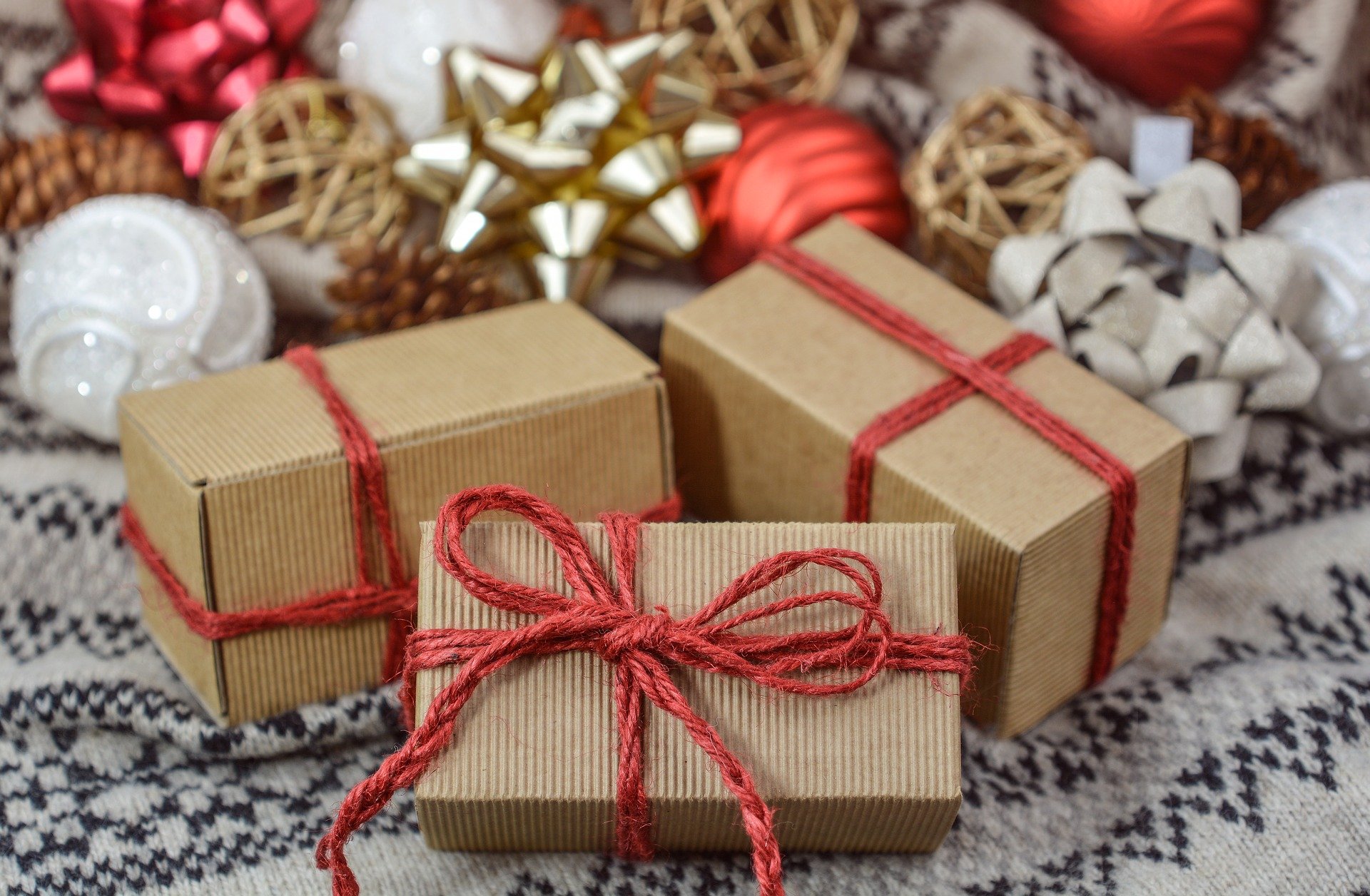 It comes as no surprise that Amazon and Starbucks are opening a joint store. It is perhaps surprising that the two giants are leaving their hometown of Seattle and taking the first step in New York. Amazon is now moving so much into non-online territory and activities are continuously increasing, so that a catering partner is a logical consequence when expanding the Amazon Go concept. And of course Amazon is not holding back here either and is bringing a global company on board. Then there is no need to search for a local provider when setting up Amazon Go at other locations, the partner is already there, he has his customer base and is established. It couldn’t be easier.

Household consumer spending decreased in 2020
In the past year, the Germans have clearly restrained their consumer spending. According to the information provided by Federal Statistical Office In 2020 they were three percent below the 2019 figures. On average, they reached a value of 2,507 euros, 67 euros less than in the previous year. It went down for restaurants, overnight stays, education and leisure. Spending on interior furnishings, food, and housing had increased, as had computers, RVs, camping equipment, and bicycles.

Possible delivery problems with 3G in logistics
The German Transport Forum fears delivery problems when implementing the 3G rule in logistics. Among other things, traffic jams in the logistics centers are possible, reports the Wirtschaftswoche. The association speaks of a possible “lockdown of the supply chains”. Without exception rules, the traffic jams threatened at the gates of the logistics centers, not at the borders. Tests are not possible in many cases before cross-border deliveries, but it also happens that staff are vaccinated with vaccines that are not approved in Germany. The 3G regulation in the workplace adopted by the potential new government will apply from Wednesday, but exceptions are required in the transport sector. The employees would have to be exempted from the requirement to write in the event of a temporary stay in the business premises.

Fear of higher prices for Christmas gifts
In Germany there are fears on the consumer side that prices will rise over the Christmas period. According to the results of a study by the auditing and consulting company, 54 percent expect EY (Ernst & Young) Slightly rising prices due to the delivery bottlenecks. As a result, 55 percent of those surveyed wanted to do a large proportion of their Christmas shopping in November. This year, too, an increase in online retail is to be expected, 30 percent would prefer to shop virtually, a year ago the proportion was 28 percent. Shopping without opening times is cited as a major advantage (66 percent), 57 percent cite the possibility of avoiding crowded city centers as a plus point. As a result, consumers set a higher budget for their online shopping. It is 117 euros (plus 38 percent), 66 euros (minus 27 percent) for shopping in specialty stores and 49 euros (minus 39 percent) for shopping in department stores.

Fedex increases capacities
Fedex has increased capacities with a view to the Christmas season. According to the logistics specialist, the volume for air freight to North America has increased by 20 percent in the next few weeks, and there is also more potential in Europe and for freight traffic to Asia. According to the company, there would be around one million kilograms of additional transport volume available in international freight traffic. There are three new flights in Europe, plus capacity expansions on four routes. It turns out that the demand for capacity in air freight has increased due to the difficulties in maritime transport. Those responsible for Fedex are also hoping for an increase in activities in their corporate competitions. After the announcement of the finalists for the European Small business competition Fedex has now approved the vote for the People’s Choice Award. Companies that did not make it to the finals in Small Business can take part; 15 companies each have a 10,000 euro bonus waiting for them.

Amazon and Starbucks open joint business
Now Amazon and Starbucks have come to an agreement and opened a joint store in New York, reports Business Insider. The concept consists of a combination of Starbucks Pickup and Amazon Go, and Amazon Go Payment and the Starbucks app are required for full use. When entering the shop, the check-in takes place via the Amazon app or a credit card, the goods are then billed automatically when leaving the shop. At Starbucks, the coffee can be ordered in advance with the help of the app, the full selection is available. Amazon Vice President Dilip Kuma is quoted as saying that the two companies are interested in “innovative ideas for in-store shopping where the focus is on the customer”.

Twitter started Live-Shopping in the United States
Launched in January Twitter the first test phase for shopping functions, now the first livestream including shopping opportunities will start on November 29th in the USA, announced the short message service. Users could then switch between the “News” and “Shop” tabs during the live stream. The first retail partner is Walmart. At the start there is a live stream show program with the musician Jason Derulo, but the shopping functions can only be used in the USA at the start. In the next steps, Twitter will then make new retailer onboarding and product catalog management tools available via the Twitter Shopping Manager.

Black Friday back as a shopping appointment
After a slight decline in the past year, Black Friday is back in the consciousness of German consumers. This is one of the results of a study of the strategy and marketing consultancy Simon-Kucher & Partners. After that, the shoppers are also ready to spend more money, because this year the budget is 239 euros, a year ago it was 205 euros, two years ago it was 242 euros. Want this
Most consumers, however, like to spend on bargains, for 69 percent this is the main motivation. For the majority, the expected discount range is between ten and 25 percent, around a third are expecting 26 to 40 percent. There are two customer groups, the online shoppers the “convenience seekers” and the “experience seekers” who appreciate special products on Black Friday. Exact product information plays an important role for the covenience seeker, the online shops should be equipped with good images. Experience seekers want a shopping experience that includes special decorations or music. However, Black Friday has lost its appeal in Generation Z, with 43 percent of those surveyed feeling bored.
Dream Robot and Shopify cooperate
In the field of technology for multichannel sales, two new partners have found each other. Now the e-commerce platform Shopify and the developer of multichannel software Dream Robot concluded a cooperation agreement. According to the two companies, online retailers can now connect to marketplaces and open up new sales channels. Further technical enhancements included automation, expandable app modules as well as warehouse and logistics functions from Dream Robot. For its part, the software company is particularly relying on Shopify’s connections to social media.

Worldline offers new payment system for trade with India
The provider of payment and transaction services Worldline has developed a new solution for payment transactions with India. With the new “India-All-in-one” system, Worldline wants to offer companies that do not have access to a local payment infrastructure an opportunity to set up or expand online trade with India, according to the company. The new full-service payment solution can be used in the areas of digitization, training, education, games, media and travel. Companies do not need to set up a branch in India, they have access to the payment methods that are most widely used locally, and services can be billed in Indian rupees.

Amazon wants to save plastic waste
The question of packaging waste is becoming more and more topical and is increasingly being taken up and dealt with by providers in the online trade and manufacturers of packaging material. Of course, the number one in e-commerce cannot lag behind with Amazon, but sends out a corresponding announcement. According to a report by Handelsblatt the packaging should now be constructed and equipped more sustainably with regard to the proportion of plastic. The group has both the packaging of its own products and the packaging for which Amazon takes over the shipping, in view, the change should be completed by the end of the year. The measures included shipping smaller products in paper products, corrugated cardboard boxes would only be used for larger products.