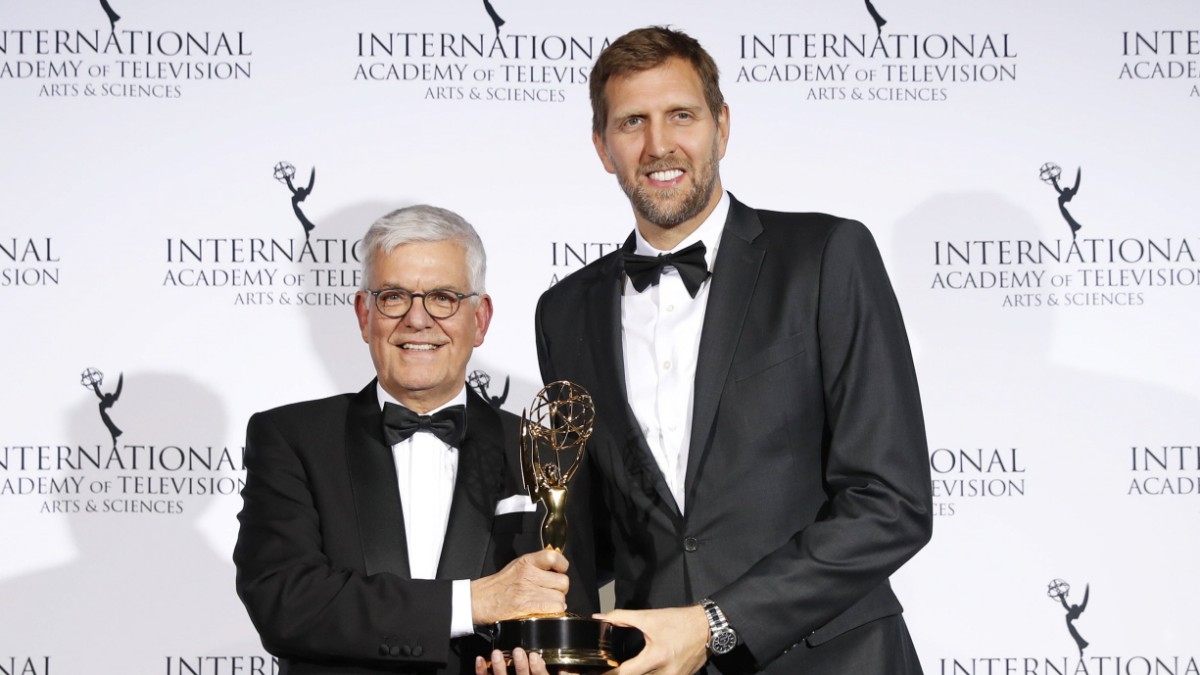 For Germans in the USA, this quickly creates a somewhat embarrassing feeling: pride. Our boy in America! It was last like that when Matthias Schweighöfer made a sympathetic appearance on the late night show by Jimmy Fallon and now, who would have thought that, with Thomas Bellut. The ZDF director, 66, was awarded the International Emmy on Monday evening in New York, the international offshoot of the world’s most important television award. He was honored with the “Directorate Award” for his almost ten years as head of the public broadcasting corporation from Germany.

The award was presented by someone else who made it over there: Dirk Nowitzki. The basketball star announced Bellut with big words: He was the director of “the most successful German TV company”. With Nowitzki’s blessing, ZDF is now the most successful of all German broadcasters. If you look at the Emmy balance sheet, that’s true: Bellut is the third ZDF director to win the Emmy. Markus Schächter got it in 2009 and Dieter Stolte in 1997. With Helmut Thoma and Anke Schäferkodt, RTL managers have also received awards in the past. But wait a minute.

Bellut combines all the qualities of a good athlete, says laudator Nowitzki

Don’t you know anything about ARD in New York? Or do you think the federal idea is not exciting enough there? Whatever the reason, in recent years ZDF has clung to the tried and tested (Rosamunde Pilcher, Crime novels, Bet that), put some programs on the big stage, which reach an enthusiastic, sometimes young audience. The strong one today’s show, fictional productions like Bad Banks, Böhmermanns ZDF Magazin Royale.

In his acceptance speech, Bellut says he is in the fortunate position of being able to work without pressure from authorities or governments. He therefore dedicates the award to all journalists around the world who work under poor conditions. Bellut was to receive the award as “outstanding television journalist and executive” in 2020, the award was postponed due to the pandemic.

Nowitzki finds the best words for the director: Bellut combines all the qualities of a good athlete (talent, goals, hard work and luck). In addition, Bellut is a great rower who might have competed in the Olympics if he hadn’t decided on a media career. You have to trust Nowitzki’s sporting expertise.