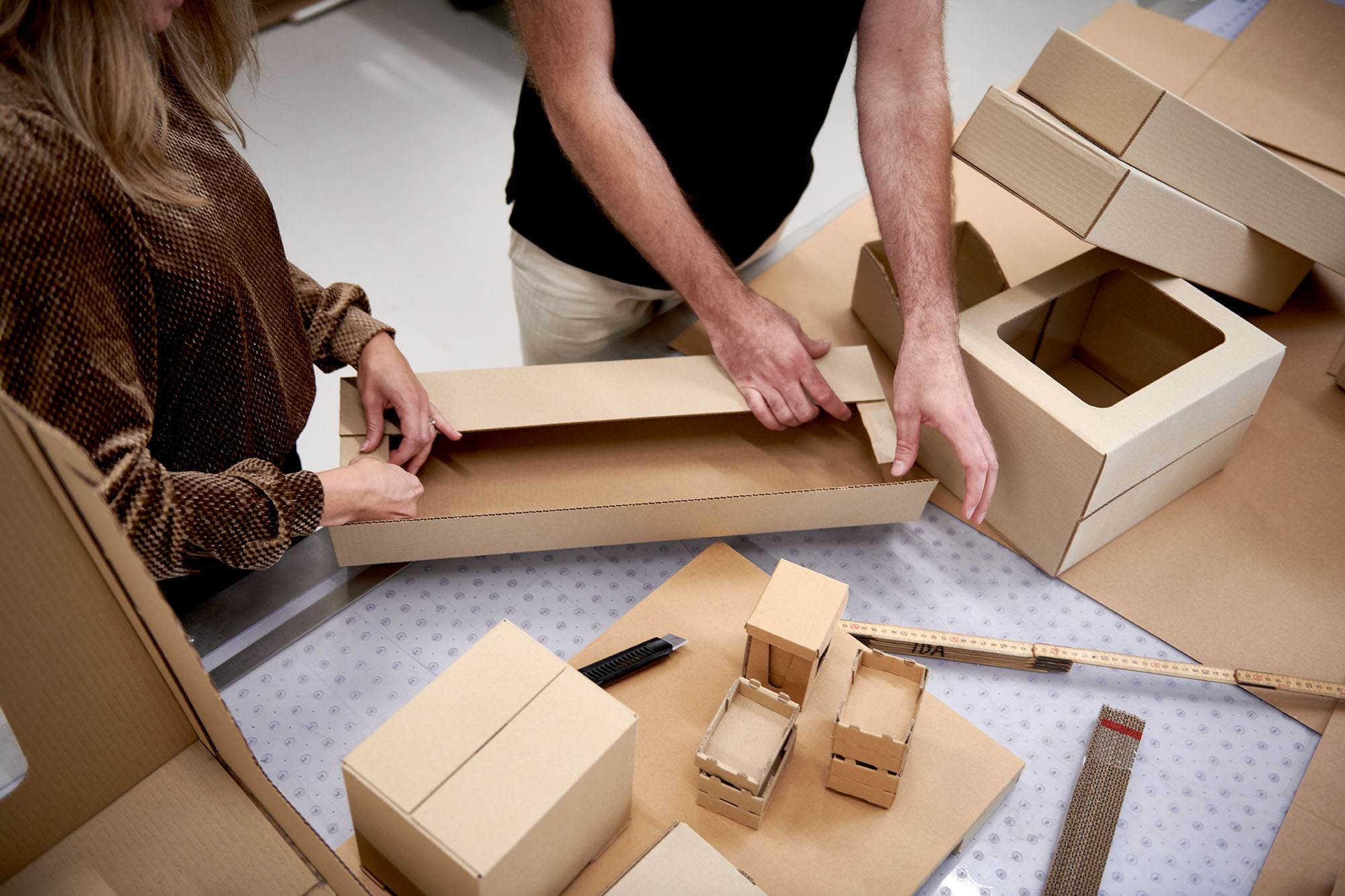 The air for the Internet giants could become thinner in Europe. By approving the Digital Markets Act (DMA), the European Parliament’s Internal Market Committee has sent a clear signal to limit its power. The DMA prohibits corporations from preferring their products in their search engines or marketplaces. In addition, there are regulations that tighten the requirements for the use of customer data for personalized advertising. The takeover of other companies is only possible under more stringent conditions. The DMA still has a long way to go before implementation, as Parliament still has to come to an agreement with the Commission and the Council after the vote, but an important first step has been taken. MEPs must not buckle so that the online retail market remains a market.

Resistance to Amazon’s logistics plans in Memmingen
Amazon has chosen Memmingen and the airport there as the location for a new logistics center. A company from Unterallgäu has already submitted a building application to the district office in Mindelheim, but now there is resistance to the plans, reports the Augsburg General. The start of ten weekly cargo flights is planned from 2028, the lease for the distribution center should run for 15 years, and Amazon has announced 140 new jobs. There is now resistance in communities in the surrounding area, which criticized the non-compliance with building limits and a poor traffic concept. According to the district administration, the Federal Nature Conservation Association reported that it was talking about the “most environmentally harmful form of freight transport”. Other communities cited that Amazon was not adding value to the region.

Works council election for Gorillas finally approved
After the decision of the Labor Court in Berlin last week to hold a works council election at Gorillas, the management of the delivery service failed again with an attempt to stop. The state labor court in Berlin has also rejected the company’s application that the election, which started last Monday, may continue, reports Business Insider. An election result could already be available on Saturday. The restructuring of the company with a franchise model carried out in the past few weeks had shown, in the opinion of the lawyer for the electoral board, that it was only a matter of preventing the works council. The judge found the quick implementation of the franchise model “unusual”. The judge would have said that the rapid growth of the company given by the company as a justification was not enough. The election could still be challenged because of possible procedural errors, but it would take place.

Schumacher Packaging increases production
In addition to online trade and the logistics industry, the packaging industry is also one of the winners of the pandemic. Now, with Schumacher Packaging, another provider is responding and increasing production capacities. The cardboard manufacturer is investing 700 million euros, including building the largest corrugated cardboard factory in Europe in Greven near Münster, writes the Food newspaper. The investment volume is around 300 million euros by 2025, and around 250 new jobs should be created as a result. By building wind and solar systems, Schumacher Packaging wants to produce in a climate-neutral manner by 2035.

Walmart is testing delivery by drone
Walmart is starting a delivery network with drones in the USA together with Drone Up. The first location will be in Farmington, Arkansas, reported Geek Wire. Walmart only got into Drone Up five months ago and signed a deal for the delivery drones. Now the quick implementation within a few months shows the strengths of Drone Up, explains a Walmart manager. Customers could check the availability of drones in their city, then shop online and order the drone delivery, which would be initially charged $ 10. The delivery time is set at least 30 minutes, depending on the weather, from 8 a.m. to 8 p.m. Walmart has overtaken Amazon, which started the first tests with drones in 2016 and announced an early start in 2019.

Lower spending by European consumers
According to the results of “The European Consumer Payment Report 2021”, shopping behavior in Europe has changed compared to the time before Corona. Of the 24,000 respondents from 24 countries, 60 percent said that they would buy less today than before, reports the Trade newspaper. Half of the young adults and half of women stated sustainability as a criterion for abstaining from consumption, parents and older adults opted for repairs more often. For 58 percent, however, the higher prices represented a restriction for an even stronger switch to more sustainable products. In Portugal (68 percent) and Greece (62 percent) in particular, the environmentally conscious behavior of the company was a criterion in the selection.

Getir takes over Weezy in the UK
And the next takeover is just around the corner for delivery services. Now the Turkish fast delivery service Getir, which promises a delivery time of ten minutes, will become the main shareholder of the British provider Weezy. With this step Getir wants to accelerate the expansion in Great Britain, reports CNBC. So far, Weezy has been active in 15 cities on the British Isles, the number of employees is over 700. This also includes the couriers, who are employed as permanent employees. Overall, the number of employees worldwide is now more than 4,000. The two companies did not provide any information about the financial background of the acquisition.

Black Friday remains the discount day
Now there is also a study by Bitkom on shopping behavior on Black Friday and during Cyberweek. The representative survey showed that 55 percent of online shoppers would search for discounts on the days. 16 percent planned the sales days in a targeted manner, 39 percent acted spontaneously. Bitkom CEO Dr. Bernhard Rohleder firmly. For 35 percent, discount campaigns are an important criterion when choosing an online shop; 42 percent cited this for buyers between 16 and 29 years of age. With a share of eleven percent, only a few consumers over the age of 60 can be persuaded to shop with special offers.
Augmented Reality at the POS and online: bridge between the channels
After a year and a half of the pandemic, life in Germany’s inner cities had only just gradually returned, when the fourth wave of corona is plunging stationary retailers into a crisis again. The past few months have already shown that retailers who successfully connect their sales channels are particularly successful. Guest author Sebastian Wernhöfer from Y1 Digital AG explains what role augmented reality solutions can play in this.

The risk of fraud is particularly high on Black Friday
After an analysis by the cybersecurity specialist Kaspersky the risks of fraud around Black Friday are also very high for consumers. From September to October, phishing attacks camouflaged as an e-payment system jumped 208 percent. The cyber criminals used fake retailers ‘websites and e-payment systems to gain access to buyers’ payment details. With the increased use of payment systems, these have also become starting points for fraudsters. On the sales platforms, the brands Amazon, Ebay, Alibaba and Mercado Libre are used most frequently in phishing attempts. The experts at Kaspersky advise consumers not to click on attachments in e-mails from banks, e-payment apps or shopping portals, check the company’s spelling for trustworthiness and be careful with particularly cheap offers.

Older generations buy more sustainably
Paying attention to sustainability when shopping is becoming more and more important for many Germans. According to the results of a representative survey that Istock together with the international market research company Market Cast, 60 percent only buy from brands that are actively committed to protecting the environment. Around a fifth of consumers expect their purchases to have a better sustainability record when they shop at local and small vendors. The authors of the study see this as a starting point for medium-sized companies to position themselves. The numbers relating to generations and their shopping behavior offer a rather surprising result in this form. For 63 percent of Baby Boomers, sustainability in shopping and consumption is of particular importance, for Millennials the value is 60 percent and for Generation Z it is comparatively low at 56 percent. However, a total of 67 percent of Germans see a certain responsibility on the part of companies in terms of environmental protection.

Ikea no longer wants to use plastic packaging from 2028
One day after the announcement of the farewell to plastic waste by Amazon Ikea after. The Swedish furniture company is affording a longer time window, because the exit should not be completed until 2028 at the latest. For new assortments, the switch to other materials is to take place by 2025; the time limit for the existing assortment is set for 2028. In addition to reducing environmental pollution, it is about developing innovative packaging solutions, says Ikea. The proportion of plastic packaging material is already below ten percent, and the switch to renewable or recycled materials should be pushed in-house.