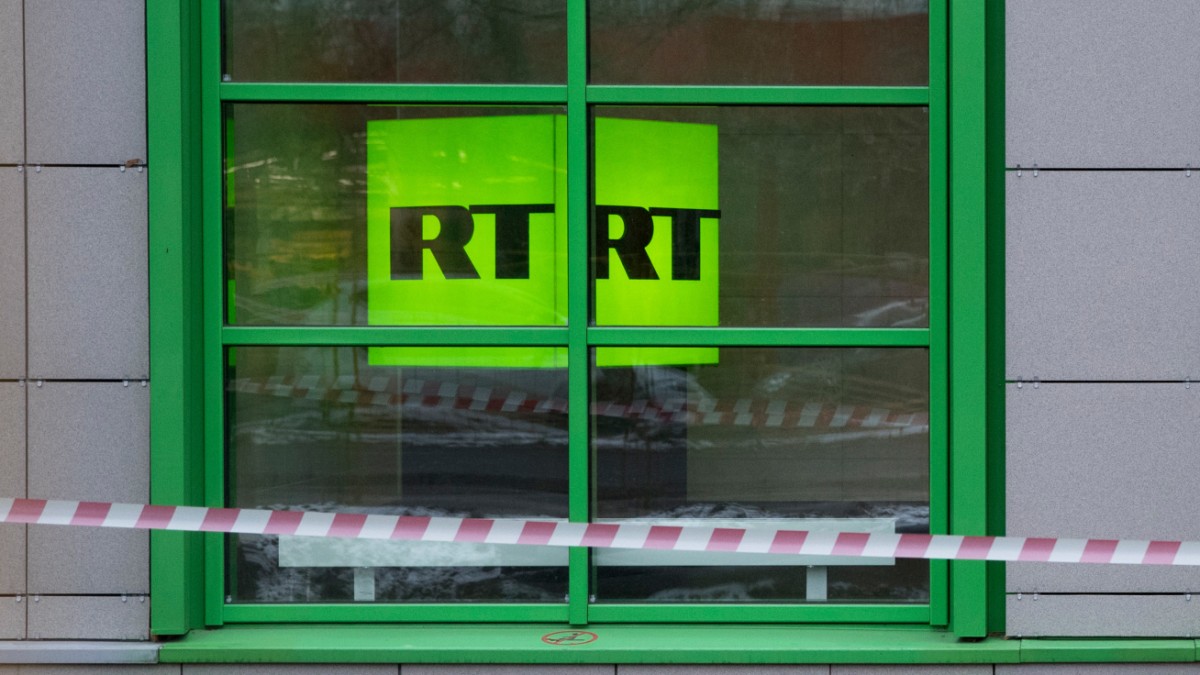 The Russian state medium RT suffered another setback when broadcasting its new German-language TV program. The media authority Berlin-Brandenburg announced on Wednesday that the satellite operator Eutelsat had stopped the satellite broadcasting on the same day. The background to the decision is that German regulators have not issued a broadcasting license for the broadcast. RT relies on a Serbian broadcast license. An earlier attempt by the broadcaster to get a license via Luxembourg had failed.

On its own website, RT DE also reported on the discontinuation of distribution via the Eutelsat 9B platform. “We are of the opinion that this course of action constitutes unlawful exertion of pressure and we are confident that the competent courts will take action against this action.” All possible legal remedies will be exhausted.

Last week, RT started its German-language live program via various distribution channels. After a few hours, YouTube blocked the channel on its platform and relied on community guidelines. The media regulators in Berlin initiated proceedings against RT the day after. According to Russia’s Foreign Minister Sergei Lavrov, RT DE has been registered in Serbia under the European Convention on Transfrontier Television.

“Germany is a signatory to the agreement and must adhere to it,” he told RT on Wednesday. The German authorities did everything to create “a negative image” of the station in society. “Such discrimination against the Russian media has been observed for many years,” said Lavrov, threatening countermeasures: “If this situation continues, we must respond.” He didn’t give any details.

RT is repeatedly criticized in the West as the Kremlin’s propaganda tool. Central allegation: The station spreads conspiracy theories and disinformation on behalf of the Russian state. RT rejects that. RT – formerly Russia Today – wants to expand its offer in Germany and has been working on a German-language TV program for a long time.

TV providers require a broadcasting license for nationwide programs in Germany. The media regulators are of the opinion that RT DE Productions GmbH, based in Berlin, is responsible for the program under media law. One of the admission requirements is that the constitutional principle that broadcasting is not from the state may not be violated, i.e. a state or a party may not exert any influence on the program content.