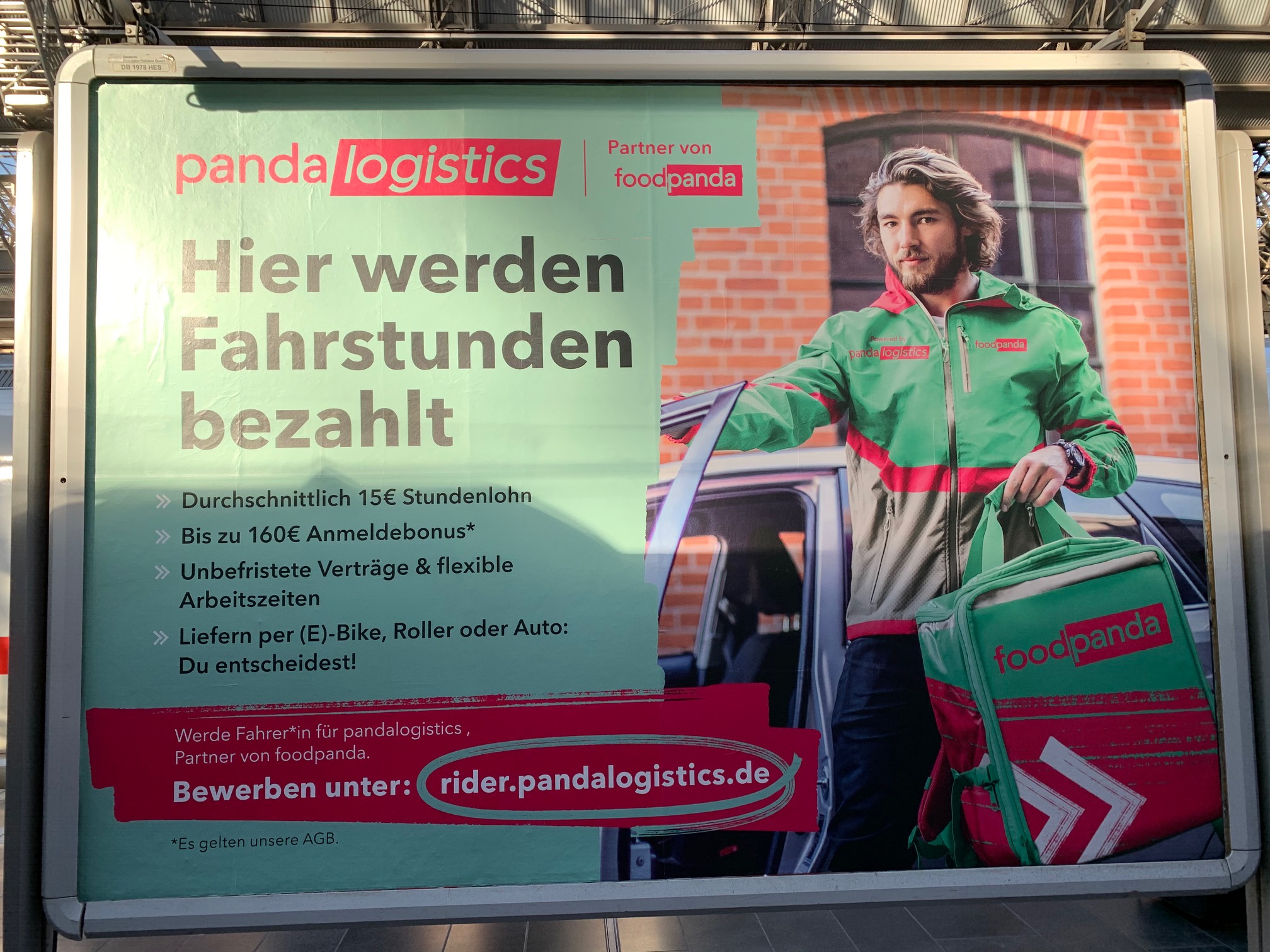 The advertising posters for employees at Foodpanda from Delivery Hero are still hanging in Frankfurt am Main main station. The conditions sounded good, but nothing will come of it now. Today, on Christmas Eve, the speedsters from other providers should also take a break. Shops close at 1 p.m. Online never sleeps or pauses, that’s true. Depending on the consumers. The morning briefing also takes a short Christmas break. We’ll be back on January 3rd. We wish you a good time!

///// NATIONAL TRADE
Home24 takes over Butlers
It will not be the last major takeover of a stationary chain of stores in pandemic times, but this one is remarkable: The listed online furniture retailer Home24, based in Cologne, swallows the Butlers chain of stores with 130 branches in eleven countries and is therefore hybrid. With half a billion euros in sales, Home24 is many times larger than Butlers (95 million euros). Home24 announced that significant positive effects are already expected in the coming year.

XXXLutz Group invests in Möbel.de
In the opposite direction as before, the deal between the XXXLutz Group and the Furnishing portal Möbel.de. It takes over the existing participation of the ProSiebenSat.1 subsidiary NuCom Group, which has left Möbel.de. The parties have agreed not to disclose the purchase price.

Germany at the top of the World Star Awards for the packaging industry
What is not available: The World Packaging Organization (WPO) awards the World Star Awards for innovations to companies in the packaging industry. At the Awards 2022, a total of 45 German companies top the list of World Stars, followed by Australia & New Zealand (27), Japan (23) and China (15). The focus of the submissions is on Sustainability and convenience, but also post-Covid-19 trends such as hygiene, e-commerce and wellness play an important role.

Three Amazon employees in Bad Hersfeld complain about their working conditions
Bad Hersfeld is the logistics capital of Germany. The Amazon plant there is currently on strike by the Verdi union. Three employees, who answered the call, spoke to the Hessian Broadcasting (HR) expressed about their working conditions. Accordingly, they experience surveillance at every turn. Toilet checks, bullying and competitive pressure meant that employees only came to work with stomach pains. According to HR, Amazon sees no need for action.

The changes in the world caused by online trading make real estate along the supply chain attractive for investment funds. The French company LaSalle Investment Management (“LaSalle”) announced that it had bought the 70,000 square meter Fedex City logistics hub Alfortville on the outskirts of Paris for its Encore + open-ended fund. The owner was previously the bank BNP Paribas REIM. According to the press release, the Encore + fund is striving for above-average increases in income. A takeover sum was not mentioned.

Amazon is building and growing …
Amazon’s success story as that „Kaufhaus für Jedermann “leads to more and more construction projects in the US. At the moment, accommodations for 25,000 Amazon employees are being built in Arlington near Washington DC. The presence in the technology hubs Austin, Chicago and Phoenix is ​​to be massively expanded. Large areas have been newly rented for this purpose The expansion outside of Seattle (currently 75,000 employees) creates over 3,500 new jobs in the IT sector in the cities of Dallas, Denver, Detroit, New York City, Phoenix, and San Diego. At the end of the third quarter, Amazon had over 1.468 million employees worldwide, 30 percent more than in the previous year. A current annual review of the year 2021 was published in Amazon-Blog released. How Amazon is progressing in Germany describes the Wirtschaftswoche.

Alibaba sets course for the smaller cities in China
China’s smaller cities are home to more than 930 million people, almost three times the number in the US – and most of them are not reached by e-commerce websites, Alibaba currently says. The online giant has achieved a market penetration of 99 percent in China’s tier 1 and tier 2 cities, now he wants to penetrate into less developed areas, says the company blog Alizila.

Supply bottlenecks in retail: How retailers keep customers happy
Delivery problems with PCs, bicycles, furniture – the problems in global supply chains have long had noticeable consequences for retailers. Ivana Nikic from the Norisk Group says in a guest article what is important now in customer communication and how it is possible to boost online sales despite ongoing product bottlenecks.

German dealers neglect foreign customers
Ibusiness.de reports on an interesting phenomenon in German online retail: According to this, the portals in this country mainly serve local customers (63.1 percent), only 50 percent of their customers come from abroad. They also put unnecessarily large stones in the way of foreign customers for shopping, for example when entering address fields and making payments. The study examined 137 online retailers from the USA, China, Great Britain, Japan, Mexico and Germany.

One in five Europeans is ready to go into debt for Christmas
When you get together with your family for Christmas, you want to meet their expectations too. For more than a fifth of Europeans, this is the reason even to take out a loan. This behavior is particularly pronounced in Generation Z. (18-21 years). Households with families would also go into debt for groceries and gifts. The results come from Intrum’s annual consumer report and are collected in 24 countries.

Compulsory deposit on bottles is a model for success

Is it because of the homeless people collecting bottles? Almost every single-use beverage packaging with a deposit is returned to the beverage trade, according to the German Environmental Aid. Now Germany wants to extend the deposit obligation to all single-use plastic bottles from 2022. Thank you very much.

Parcel delivery by cargo bike: Handelsblatt-Doku shows the working conditions of the deliverers
In Munich, UPS has been testing delivery by cargo bike since 2017. It documents what this means for deliverers Handelsblatt. Although the switch from trucks to bicycles is good for UPS’s carbon footprint, it means an enormous additional physical strain on the delivery staff and makes the hard job even harder. UPS already delivers by bike in 30 cities. In Munich, this saved more than 108 tons of CO2 in 2019 alone, as much as 50 cars emit, according to the environmental report. The city of Munich, however, would prefer to replace the delivery staff with pick-up stations. Worth reading.