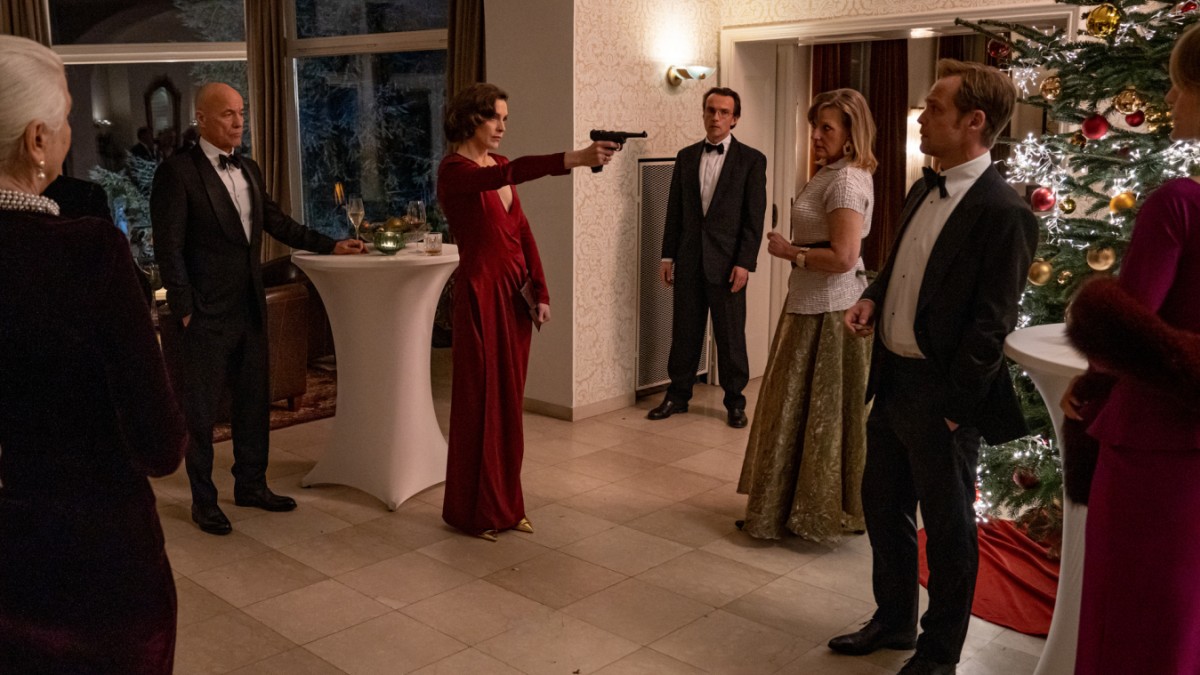 New Year’s morning, first snowflakes fall in the parking lot on Cologne’s banks of the Rhine – then two shots. The entrepreneur’s son Thomas Becker sits bloodied in his red Porsche. The first three minutes of Murder in the Family – The Rubik’s Cube are over and the murder announced in the title has been redeemed. The ZDF two-parter begins where it will end – at the crime scene. Almost 165 of the total of 180 minutes remains open as to who took up the weapon and with what motive. The crime story based on the script by Swedish author Linda Ung is cleverly told through a change of perspective and leaps in time. It’s a shame that the characters in the family drama aren’t any more interesting.

As is so often the case with dynasty TV stories, the Becker family from Cologne also applies: There is no shortage of money, real estate and suits, but of love. The head of the family, Henry Becker, is symbolic of this. The most important thing for the patriarch with the always deep-seated corners of his mouth is the success of his traditional company Becker & Sohn. Contrary to what the company name suggests, Henry Becker has two sons. Thomas is the alcoholic, unhappy Crown Prince of the construction company. Eric, his half-brother, emerged from an affair between Henry Becker and his secretary. The love that Thomas is certain is denied Eric. The trio of Matthias Köberlin, Lucas Gregorowicz and Heiner Lauterbach is convincing as an actor, but has little scope to surprise due to the stencil-like characters.

The ensemble is complemented by the two women in Thomas Becker’s life – wife and lover. Like her husband, Marianne is rich and unhappy. She has no power or tasks. She walks through expensive properties in burgundy evening gowns and through the hallways with large sunglasses. Thomas’ affair with Karoline, whom he met at the self-help group of Alcoholics Anonymous, forms an opposite pole. It has no power either, but it has an agenda. She moves from one service job to the next to take care of herself and her son Jimmy. Petra Schmidt-Schaller believably plays the struggling, single mother Karoline – one of the few characters who does not appear to be expected in the network of relationships.

The ZDF production is a family tragedy on the one hand, and a crime thriller on the other, but both do not work equally well. The narrative of the downward spiral of the rather clichéd family network does not seem new and it seems under-complex. In contrast, the two-parter works better as a crime story. Due to the nested narrative style of leaps in time between the investigations following the murder and the weeks before, the viewer repeatedly receives new clues in order to sound out conflicts and reconstruct the night of the crime, which leaves the question – who shot? – open to the end and exciting to the end.