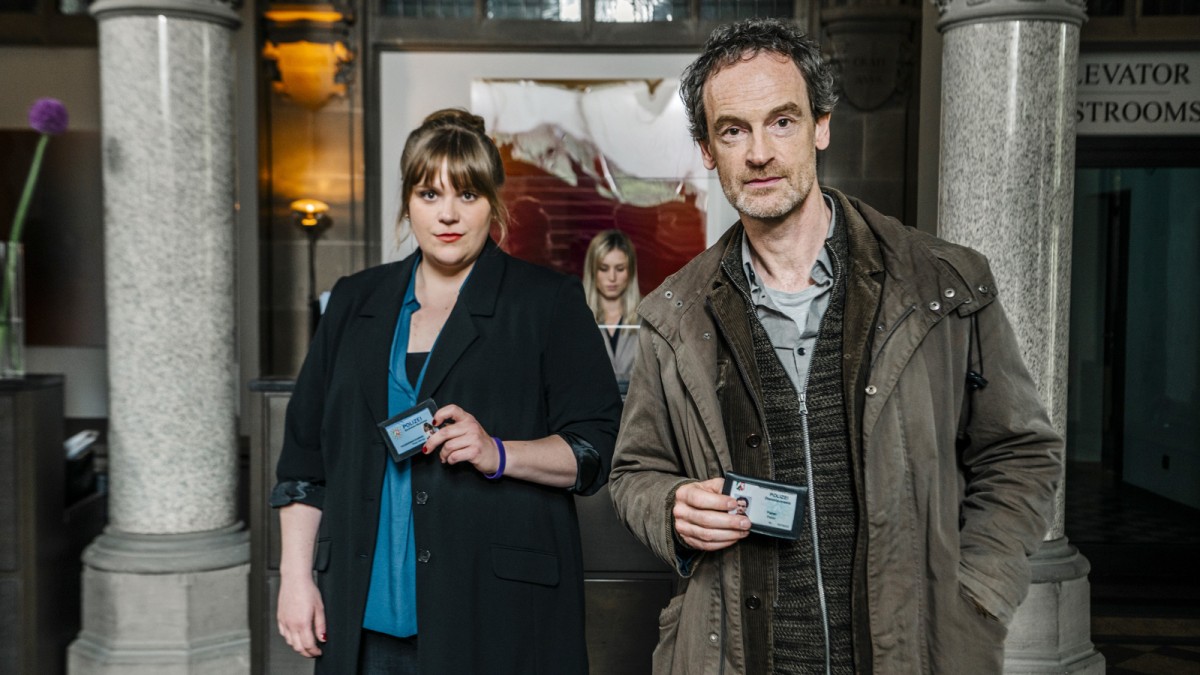 When it comes to money and greed, it’s with crime scene just a cargo port not far at night. Three weeks ago the body of a doctor in Bremen was lying in front of fire-fighting cranes, an asset manager is now sitting dead in his car in the port of Dortmund. Not a case of inclination for Faber (Jörg Hartmann), who, with his slippery parka and the smug smile of the anti-capitalist, investigates together with Bönisch (Anna Schudt), Herzog (Stefanie Reinsperger) and Pawlak (Rick Okon) in the milieu of millionaires. They are obsessed with the fear of losing their money, which incites greed among their corrupters. Logically, the thriller is called “Greed and Fear”. The rich drive Maybach, Faber drives Manta.

Those upstairs take coke, those downstairs take heroin, that’s the division of labor

Relatives of a millionaire and an investigator appear. One is a club owner and is taking revenge for the lazy funds that were hijacked his extremely wealthy brother. The other is an ex-wife and much too drunk to be able to think straight ahead, just dancing to Lou Reed’s “Perfect Day”, that’s still possible. Those upstairs take coke, those downstairs heroin, that’s the division of labor, and this time the police are right in the middle of it instead of just there.

Once again there is a crunch in the Dortmund team, private problems are pushing forward. It’s only marginally who the killer is. There is a lot of driving and shouting and running, but this one has speed crime scene, where Sönke Lars Neuwöhner and Martin Eigler wrote the book and the latter also directed, but not. In between you have the feeling that you could get yourself a cold drink without missing too much. Almost everyone here is foggy, from money, drugs, and yes, also from love. Only Faber can keep a clear head, and deep relaxation is really not his area. In that regard is the crime scene then very illuminating.