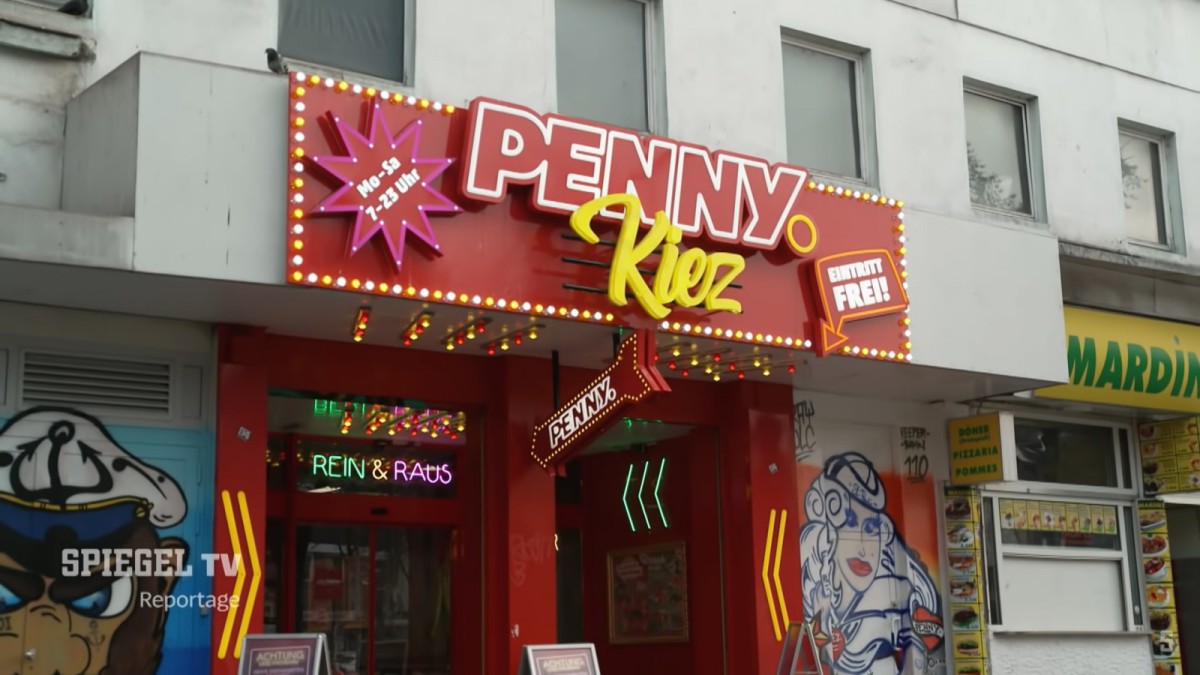 “Penny Market on the Reeperbahn”: sequel to the Spiegel TV documentary

At the start of a never-ending pandemic, users of social media chose a number of series as a must for the first lockdown. In the love drama about Harry and Francesca (“Too Hot To Handle”) or in the dispute between an eccentric private zoo owner and an animal rights activist (“Tiger King”) who seemed no less corrupt, one seemed to be able to forget one’s worries. Both Netflix productions now have a second season. And since the days at home were long, but the corresponding range of streaming services was limited, pearls were also found on YouTube. Probably the most dazzling: a documentary about the Penny branch on Hamburg’s Reeperbahn. In March 2020 Spiegel TV uploaded the four-part series from 2007 as “Classic”.

It has now been viewed more than six million times. A lot has happened in the branch since then, the camera team came back and produced two new episodes. This new edition ran in the fourth act of the pandemic first on Sat 1, then the two-parter was uploaded to Youtube. Millions of clicks preprogrammed. But is there in “Lockdown Penny-Markt! News from the cult discounter” and “Penny Reeperbahn – The Cult Goes On” anything else to tell?

But first to the original: The reason for the success is undoubtedly the protagonists. Lonely neighborhood souls and party-goers who visit the neighborhood supermarket for one good in particular: alcohol. Otherwise they buy kilos of cabbage because it’s dirt cheap and no money, parrot what other customers have bought (“Eieeer, Butteeer, Eieeer”) and drive the really, really big pots. That is what Harald Krull claims, self-proclaimed sea captain and one of the most meme-capable characters. Memes are the key to success. There are countless of them, an entire Instagram account is dedicated to reporting and thus reaches more than 60,000 followers. Krull’s statement “Women are sacred to me” spread so quickly through social media that the loyal fan community called the documentary a “German cultural asset”.

The fans want more. This can be seen in the number of clicks on similar Spiegel TV productions, such as “The Esso gas stations on the Reeperbahn” and “The men’s flat share on the Reeperbahn”. An interview with director Markus Grün and a version commented on by so-called neighborhood celebrities also benefit from success. Grün, who himself lives in the neighborhood and literally found the story on the street back then, recognized the potential again. And again accompanies customers and employees in a new edition.

Alcohol consumption plays a major role again. In addition, the Hamburg Kiez is one of the places where you can feel the effects of the pandemic the most, including at Penny. Sales have slumped by a quarter, says Grün. The branch did not want to let that get it down and used the time of the closed clubs and missing party crowd for a renovation: “From the bargain shop to the shopping temple.”

If you enter the shop today, you immediately notice the signs that light up above the shelves. Suggestive sayings that match the respective sales offer: “Hot parts” over the baked goods, “Fresh meat” over the meat counter. The neon letters cost 750,000 euros, says Grün. But it seems to have paid off: He has never seen such a beautifully lit supermarket, judges a customer in the documentary. The new supermarket was opened by neighborhood icon Olivia Jones, but there is no appearance in the documentary. The stage belongs to the customers, for whom the penny market became a haven in lockdown. One of them is music producer Walter Wigand, the “main character” to put it in social media terms. He wants to buy blood oranges. The citrus fruits would get his blood pumping. “Then it really bangs,” he predicts and sings his most successful hit. “The World is Gagaga” on the tune of the flea waltz reportedly earned him “several mille”. He then proposes marriage to his ex-wife through the camera in broken Spanish. Will she get him? Mileidis Mercedes Rodriguez Duarte lives in Cuba. It is unlikely that she will see the Spiegel TV documentary there.

Such scenes meet the expectations of the fans, they also write that in the comments. Incidentally, some of them are part of the report: They are driving to Hamburg especially to go shopping in the holy Kiezhallen. And of course taking photos for Instagram. The branch is one of the city’s sights like the Hamburg Michel, commented Grün. Maybe that’s a little exaggerated.

And then there is the aforementioned alcohol consumption. The branch sold 460,000 liters of beer in the first half of the pandemic, ten percent of total sales go into alcohol. That may make up the market. Nevertheless, portraying heavily drunk people for the mere amusement of the audience is questionable. The first documentary met this criticism. However, this was not accepted. It gets particularly blatant when green reports in the subordinate clause about the alcohol death of one of the customers, who has a say shortly beforehand. At least one could have pixelated it.

Even with the interviewees who are still alive, it remains unclear whether they approved their appearance when they were sober. One of them describes his maxim as “Live, let live”. Perhaps Grün should have used this maxim too.

The Penny Market on the Reeperbahn: News from the cult discounter, on Youtube