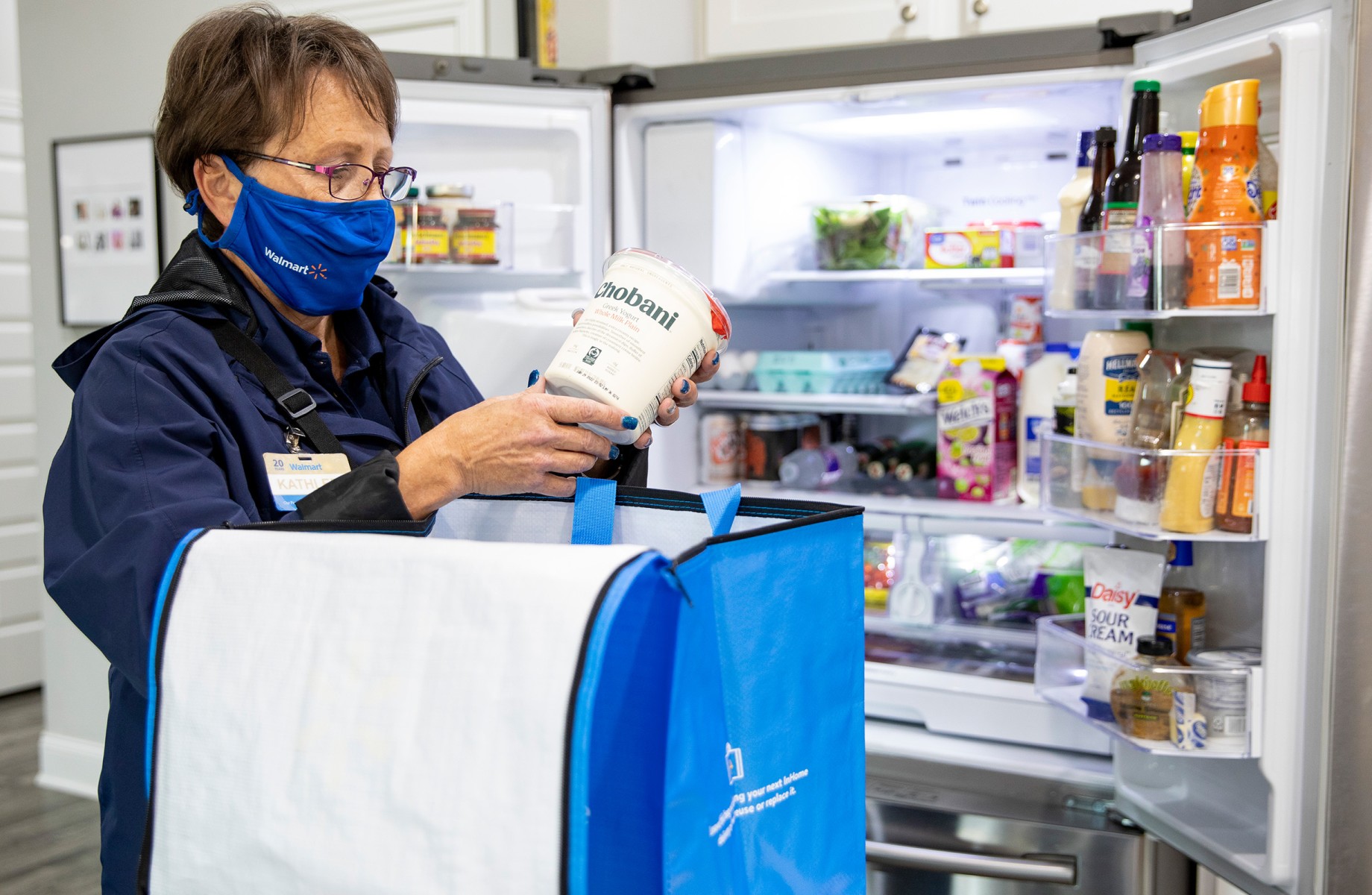 The US retailer Walmart not only offers the “In Home” delivery service, but also two crisp data protection questions. The deliverers bring the goods to the refrigerator if requested. To prove that they are not abusing access to the house, film the delivery via bodycam and make the video available online for a week. Would the procedure be GDPR-compliant? And couldn’t Alexa take control?

///// NATIONAL TRADE
HDE estimates retail sales growth of 1.5 percent in 2021
At the end of January or the beginning of February, the HDE wants to give a detailed review of the year 2021. As he announced yesterday, he expects a nominal increase in sales of 1.5 percent in retail (stationary and online) by then; Adjusted for price, the previous year’s result will be achieved. This differs from the preliminary retail figures of the Federal Statistical Office of the day before yesterday: nominal 3.1 percent, price-adjusted 0.9 percent (the “Morning Briefing” reported).

C&A wants to increase the online share from 20 to 50 percent
Zalando will be pleased: Giny Boer, head of the fashion retailer C&A, wants to generate half of its total sales online by 2024 or 2025 – among other things through the cooperation with Zalando’s marketplace business and the opening of new logistics centers. As Fashionunited.de writes, the online share is currently around 20 percent.

Antitrust Office creates conditions for action against Google
Amazon will not be pleased: The Federal Cartel Office has come to the conclusion, “that the Alphabet Inc., Mountain View, USA, and thus also the subsidiary Google the extended abuse control by the antitrust authority. “The office determined the” paramount cross-market importance “and can thus prohibit any anti-competitive practices in the future. This is also relevant for Amazon, because only a few days ago, head of the office Andreas Mundt confirmed that the behavior of Amazon remains unchanged to consider (the “Morning Briefing” reported).

Amazon and Hellofresh ensure full employment in Verden
Hellofresh operates a shipping center in Verden, and there is also an Amazon center in the district of the same name (in Achim), and a second is to be added in the spring (in Oyten). “Amazon and Hellofresh are sweeping the job market in the Verden district empty”, therefore headlines Kreiszeitung.de after a press conference by the local employment agency. Because Amazon alone wants to hire more than 600 people in the coming months, which will further reduce the unemployment rate. It has already fallen from 3.2 to 3.1 percent, “a quota on the verge of full employment,” according to the newspaper.

The Swiss online food retailer Farmy grew by 170 percent in 2020 and increased it by another 23 percent in 2021, as Lebensmittelzeitung.net writes. It reached 32 million Swiss francs (around 30.9 million euros). The number of orders had even risen by 40 percent – but the average shopping cart value fell from 144 to 127 CHF because less was in stock. After a successful test phase, express delivery (under three hours) will be officially introduced in the Zurich area at the beginning of 2022.

The US retailer wants to expand the range of the grocery delivery service “In Home”, founded in 2019, from the current six to 30 million households by the end of 2022. As the company announces, more than 3,000 delivery drivers are to be hired and trained (“highly trained”) for this purpose. The service (up to the refrigerator if desired, see editorial) costs 19.95 US dollars per month or 148 dollars a year.

Ralph Lauren sells jackets for gaming avatars
Avatars represent their owner and should be able to be equipped accordingly: The fashion brand Ralph Lauren has opened an online shop on the gaming platform Roblox, so T3N.de. For example, she sells winter jackets, hats and sunglasses for the users’ characters for three to five US dollars. That is still cheap, judges the website: Gucci also sold a handbag avatar on Roblox for around $ 4,100 in July. Ganz anders H&M: The company has according to Fashionunited.com Contrary to rumors, it wants to open a shop on the Ceek City platform.

Delivery company Borzo buys Indian competitor Now
The 60-minute delivery service operating in Russia, South America and Asia Borzo hat according to a report on Tech.eu the Indian competitor Now taken over to strengthen business in India. The founders Vivek Pandey and Bharat Khandelwal should stay behind the wheel and the delivery destination at 90 minutes. Now working in eight cities, Borzo lists 14 Indian regions on its website.

Artfire craft marketplace has closed
Artfire.com, an online marketplace for handicrafts founded in the USA in 2008, is tight: “Changes in the law and the increasing complexity of operating online marketplaces have made work more difficult in recent years; the members of the founding team are therefore on new projects changed “, it says in one Farewell message. In total, goods worth around 250 million US dollars were sold. Tamebay.com advises of the competition offered by Etsythat the closure is therefore “not a surprise”.

Walmart, Fedex and Amazon order electric vans
It seems like the counter-story to yesterday’s message in the “Morning Briefing” on the sale of the “Streetscooter” business of Deutsche Post: The US retail giant Walmart has ordered 5,000 electrically powered vans from General Motors subsidiary Bright Drop and plans to integrate them into the fleet from 2023. Fedex joins with an order for 2,000 vans of the same brand, so Bright Drop in a message from the US electrical trade fair “CES 2022”. Also Amazon orders e-vans, namely “a large number” of the “Ram Pro Master” brand, which will be launched in 2023, reports Cnet.com.

Start-ups: Amzscale wants to democratize online trading
Building up new e-commerce brands and managing them successfully is a challenge – especially for beginners with no experience in online trading. Amzscale not only offers you an all-round service for building and scaling brands. The Osnabrück start-up also wants to overcome one of the biggest problems when starting out in online trading: insufficient capital.
Bolt permanently switches to the four-day week
This is a New Years resolution: Bolt, US provider of e-commerce software, permanently introduced the four-day week at the turn of the year, so CEO Ryan Breslow in einem Twitter-Thread. It was preceded by a three-month test phase, a survey showed that 86 percent of people work more efficiently and 80 percent have done away with unnecessary conferences. (Not to be confused with the e-scooter provider Bolt.)

Zalando invests in the textile recycler Ambercycle
Fashion onliner Zalando invests in the US company Ambercycle, like both company communicate. Ambercycle is committed to separating textile waste so thoroughly that the polyester-like and recyclable fiber “Cycora” can be made from it. The US $ 21.6 million from this first round of financing will be used to expand the pilot facility in Los Angeles. Fashion manufacturer H&M, which is already using “Cycora”, is among the five investors.