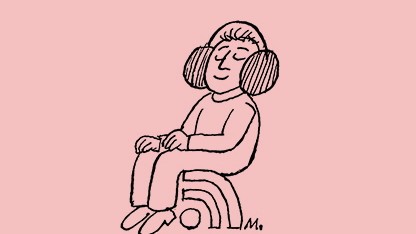 Podcasts of the Month: The Best History Lessons

History is most interesting when it is illustrated. For example, based on supposedly unknown events. To this stories from history Richard Hemmer and Daniel Meßner get it in their podcast. It’s about episodes that are not necessarily in the history books and will not be discussed in the next Arte documentary. It’s about a woman named Mary Toft, who is said to have given birth to rabbits, the rise and possible fall of the banana, or a little history of the Japanese noodle dish ramen. With a love of detail and a love of storytelling, the historians have been devoting themselves to every story, no matter how odd, for the past six years. One person always researches the topic of an episode – often based on tips from the listeners – without informing the other in advance. And when more classic themes like the November Revolution of 1918 or Harriet Tubman and the Underground Railroad come up, the two also take a special perspective. In the meantime, Hemmer and Meßner can do more than 300 episodes stories from history even link from one episode to a related one. In any case, it won’t be boring. Carolin Gasteiger

Since the summer of last year, the Spiegel history podcasts. From medieval instruments of torture and baroque diplomacy to the RAF terror of the 1970s: the format deals with selected phenomena or events in great detail, with journalists or historians as guests. Individual biographies such as that of the German-Italian mafioso Giorgio Basile, the “godfather of Mühlheim”, are also told. At the heart of the podcast are exciting articles or text excerpts on the topic, read aloud like an audio book. At the end of each episode there is an interview with the authors of these articles. Listening is fun because the texts they read are well researched and written in a gripping way. Moderator is him SpiegelEditor and non-fiction writer Danny Kringiel. New episodes appear every two weeks. Leo Kilz

When the journalist and former WDR director Fritz Pleitgen reports on his life, he automatically becomes a special contemporary witness. The beginnings, described in the first of seven episodes, are still quite typical for a German born in 1938: Pleitgen was born late enough not to have to fight in the Second World War, but he had the hardships of the civilian population in the war and the experienced as formative in the immediate post-war years. But what came after that was extraordinary: Pleitgen was an ARD correspondent in Moscow in the 1970s, where he chutzpah was one of the few Western journalists to conduct an interview with Soviet head of state Leonid Brezhnev. He then reported from East Berlin and Washington. Pleitgen has often experienced world history first-hand and at the same time foreign everyday life. He talks about it, questioned by his former WDR colleague Jochen Rausch, very unpretentious and very reflected. You can also learn a lot about his private life and how journalism works. Stephen Fisher

Sisi – ahead of her time

If Sisi, then really. The revival of the Austrian empress as a film and series character is currently in full swing, so it only makes sense that the makers of the RTL series Side also deliver a podcast at the same time. but Sisi – ahead of her time To dismiss it as a pure marketing coup does not do the podcast justice. After all, it is dedicated to the historical Empress Elisabeth and not to a fictional character like the series. Host Tim Pommerenke manages to do this by letting many experts have their say. A lot of things in the five episodes may be known to connoisseurs. Nevertheless, the different aspects of Sisi’s personality and the fact that none of the interviewees can really grasp her make the podcast worth listening to. In one episode, Pommerenke travels to Budapest to explain Sisi’s special relationship with Hungary. In another, the historian Alfons Schweiggert explains how the Austrian Empress wove her own religion from Greek and Roman tales of gods, from Schopenhauer, Nietzsche and Shakespeare. The conversations are loosened up with passages from Sisi’s diaries. Even this podcast cannot clarify who Sisi really was. But he manages, as Pommerenke explains at the end, to show “who she can be for so many people in so many different ways”. Carolin Gasteiger