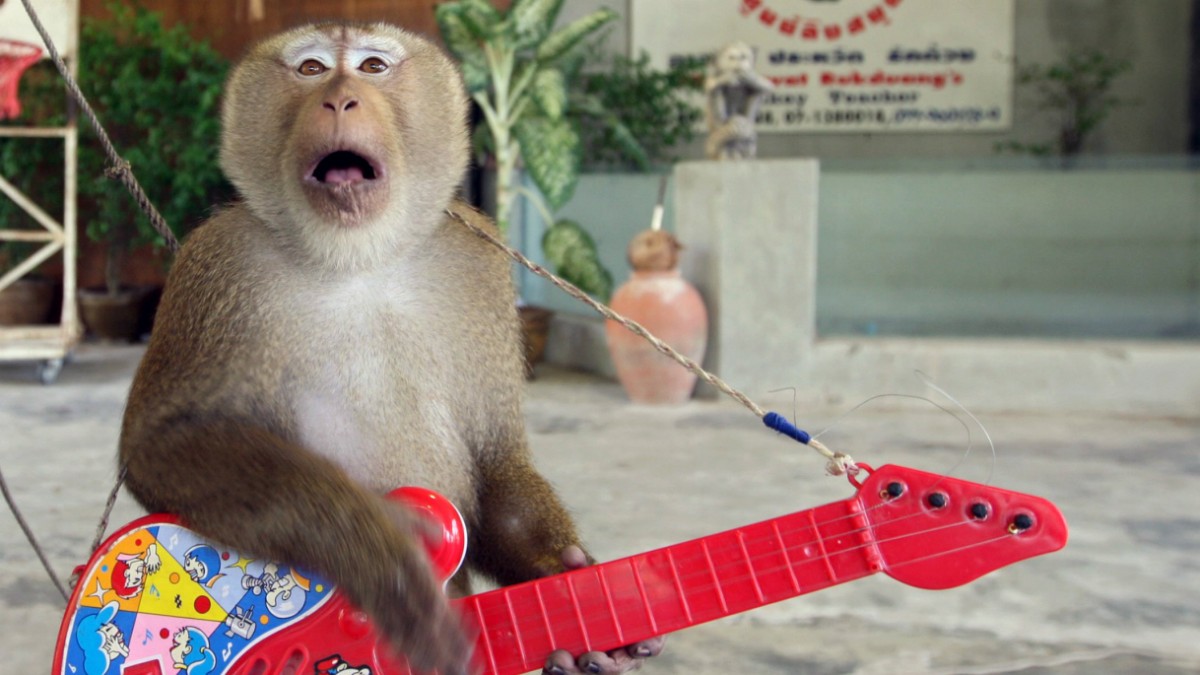 Is the song “The monkeys race through the forest” racist?

When things get a little agitated, what helps in times of need? A lyric analysis. An exegesis of the children’s song “Die Affen rasen durch den Wald” is currently worthwhile, for example, since ZDF Kultur has a “woke attack” (image) is said to have committed. The broadcaster runs the Instagram channel “Around the Word”, which deals with the diversity of language.

In it he clarifies in a post about “Racism in the children’s room???” up, mind you with a question mark. It’s about, for example, “Three Chinese with the double bass” (“anti-Asian resentment”), “Aramsamsam” (“corrupting of the Arabic languages”) – and just that Lied about a gang of monkeys racing through the forest in search of a stolen coconut. “Racist stereotypes against BIPoC”, i.e. people of darker skin color, were “according to critics”. “The colonialist cliché of the criminal and instinct-controlled monkey projected on BIPoC is particularly in focus,” writes the ZDF account.

That in turn finds them taz scandalous. There is nothing racist about the lyrics of the children’s song. The station’s diagnosis of racism is actually racist itself. “To think of black people when thinking of monkeys is a monstrous lapse, for which ZDF should apologize immediately,” writes the Berliner Tageszeitung.

Why is everyone shouting here?

So let’s take a closer look at the text, which, so much in advance, is about a gang of monkeys. Depending on the context, for example in some fan stands at football stadiums, monkeys are an established racist code for black people. However, the reference is never made explicit in the song.

The song consists of six, in other versions eight Stanzas introducing different members of a horde of monkeys in search of a lost coconut. They begin with a simple rhyme in the first two lines (“The monkey mama is sitting by the river / and is fishing for the coconut”), followed by a refrain, introduced by the line “The whole gang of monkeys is roaring”. The question of where the coconut is and who stole it is then repeated twice, with the question of the whereabouts of the coconut being repeated in turn within this repetition. The hypnosis of these repeats creates an impression of primitive, mind-crushing intensity, each inviting one to be sung even louder than the last – the horde of monkeys drowning in roars. The song researcher Gottfried Künzel counts “Die Affen rasen durch den Wald” among the “somewhat rude horde songs tending towards bawling”.

Speaking of howling hordes: According to Ernst Klusen, the monkey gang has been “at home in the singing youth groups since about 1945”. So much for the historical facts.

The primitiveness of the apes is also reflected in the description of horde life. It is determined by murder (“One kills the other”) and crime (“Who stole the coconut?”). The fact that “the monkey mama” is fishing in the river and “the monkey milkman” is waiting for the milk from what appears to be the only coconut can be read as an indication of the precarious material supply of the monkey gang. In the last stanza, “the monkey baby” is convicted as a thief. So the Horde may be less criminal than it first appeared – so the song is actually about a criminal act that didn’t exist, about a hasty judgment that collapses in on itself. It’s a prejudice deconstruction song.

Can Racism Fade? And if so, when is it?

What does that tell us about the question of whether the howling youth hordes “since about 1945” or ZDF Kultur are more racist? The answer first leads to the ethnomusicologist Nepomuk Riva. He notes that the first recordings of the song sounded like Afro-American pop music from the 1950s or 1960s. So you have to assume: Yes, the song is actually racist – or at least it was at the time.

But what if the song is sung differently today? So is a monkey just a monkey? Can racism, once it has settled over a work as an allegorical whole of interpretation, fade away and eventually release it? At least not as long as these references are constantly being created and thus reproduced. At least not as long as the code that equates black people with monkeys is in use. This code keeps racist allegory alive. Of course, things are also tricky the other way around, because the code only lives on if it is used – for example by ZDF Kultur (or this article).

So are both racist: the song and ZDF culture? That’s certainly not a satisfying answer, but sometimes things just get complicated. No one has stolen a coconut, and yet the whole gang of monkeys roars. Something must have happened in the jungle back then.