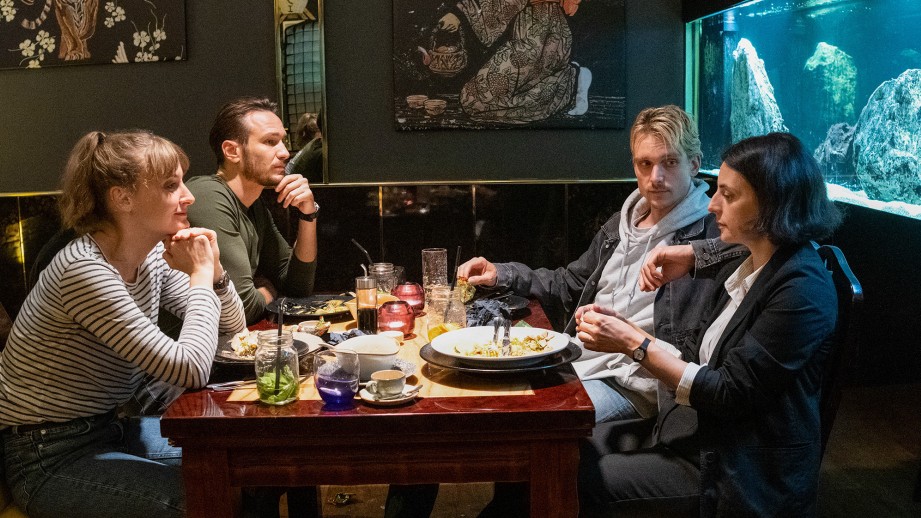 Saarbrücken crime scene “The Heart of the Snake”: No fortune cookie helps

You can never really eat up on the homicide squad, someone always dies. An official cell phone rings in the Chinese restaurant in Saarbrücken, but this time the investigators have already reached the fortune cookies. “Happiness comes naturally in a peaceful family,” reads one. “The only ones who never fall on their faces never try anything,” another. So “The Heart of the Snake” is about a family story and about at least one who will fall on his muzzle.

Anyone who has seen the first two episodes of the new Saarbrücken team knows that Schürk (Daniel Sträßer) hates his tyrannical father, and while the investigators are still reading out biscuit texts, the father sends a text message saying it’s something to do with mother. Schürk moves in the direction of the family, the others to a dead man in their villa, next to which lies a half-dead burglar who will later be completely dead.

A classic criminal case, but that’s just what the film (book: Hendrik Hölzemann, director: Luzie Loose) is about. While otherwise time levels and places change hectically, a great chamber play is taking place in Schürk Sr.’s apartment. The inspector and his father (Torsten Michaelis) watch each other like the snake and the frog in the terrarium next to them. Both highly toxic. In the end, Schürk junior is in custody.

Holzer wants to get Schürk out, buddy stories are popular in the “crime scene”

Rich, knaves, animals. And a king, as is so often the case when it comes to power. Holzer (Vladimir Burlakov) wants to get Schürk out and continues to investigate, even though his team is withdrawn from the case. Heinrich (Ines Marie Westernströer) and Baumann (Brigitte Urhausen) don’t like that, but it doesn’t matter, they can only be tired and eat frantically. They can’t develop a clear profile again, the buddy thing between wood and Schürk is more important.

Some things seem as if a quick trick was needed because the 90 minutes will soon be full. For example, when Holzer found an important USB stick in a junk shack in no time at all, which even had a clean label on it. Parts of the film are set in prison, it’s rough there. The local Saarbrücken edition of image but gives the all-clear: “Some scenes are brutal, but still in such a way that chips, cola and beer taste good.” If you still think about food when reading a crime thriller, it may not always be captivating.