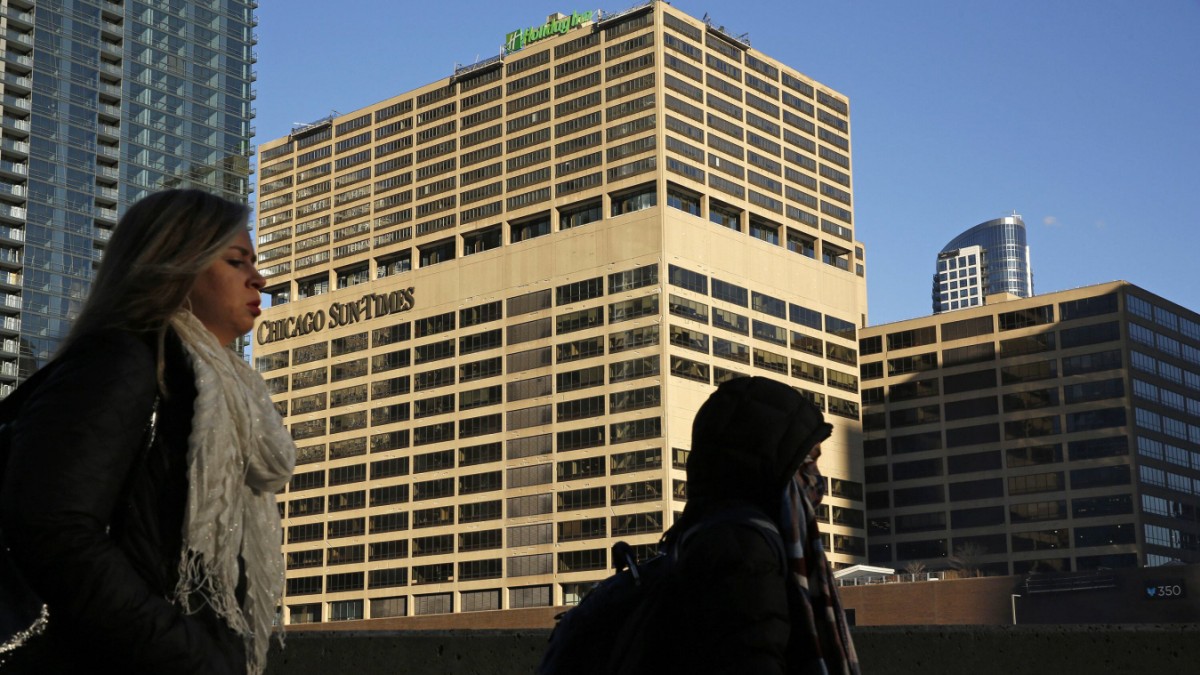 There’s this meme about Jeff Bezos and them Washington Post. It says above that the billionaire bought the legendary newspaper for $250 million in 2013 and announced that he would stay out of all editorial matters. Below: a photo of a mischievously grinning Bezos next to the post’s headline: “You better think again before you change the tax laws and fleece billionaires.” Then: laughing Bezos next to the headline: “The smartest strategy for making the rich pay is not a tax on the rich.” In the end: Bezos with villain muhaha laugh next to this title: “The billionaire race in space benefits us all. Really.”

This meme says less about Bezos and his relationship with the Post and more about Americans’ trust in their media. They immediately suspect a potential hotbed of conspiracy in anything that does not clearly reflect their political and social opinion. Who can blame them when lawyers for the right-wing populist news broadcaster Fox News argue in court that nobody in their right mind can take the things that presenter Tucker Carlson lets flop out of his mouth every evening seriously and that every statement must be examined skeptically – and actually win the case.

800 non-commercial radio stations are behind the deal

That’s why this news from last week is so remarkable: WBEZ, a radio station in Chicago, has teamed up with the Chicago Sun-Times agreed to take over the daily newspaper from January 31st. The deal, the details of which are not yet known, such as the purchase price, should not only change the media landscape in Chicago, but also send waves of attention through the entire industry: WBEZ is part of the non-profit organization “Chicago Public Media”, the deal therefore shows a completely new way for media houses to retain both financial independence and relevance – away from billionaires and investors.

“It is an important step to strengthen and grow local journalism in Chicago,” wrote “Public Media” boss Matt Moog in a statement. Both houses should have their own newsrooms and act independently, but share content and research for the more than two million readers and listeners, and now it’s getting interesting: “Public Media” belongs to “National Public Radio” (NPR), a cooperation 800 non-commercial radio stations that reach 99 percent of all US households and operate financially and legally independently. You could probably call it public law, but the financing is not based on fees as in Germany; there are therefore no and-I-pay-fees-complaints or decades-long debate about it.

The conglomerate is financed by donations, foundations and sponsors – although advertising is explicitly forbidden. The sponsors are named, also for the sake of transparency, but there is no advertising. There is indirect financial help from the US government, for example through the Corporation for Public Broadcasting (CPB). This caused an uproar in 2018, when the Trump administration’s budget — which blasted the Amazon Washington Post on Twitter and never gave an interview to NPR during his tenure — slated to scrap those funds. Only: These grants are less than one percent of the budget of almost $260 million per year, and ultimately they were not canceled.

That, too, is part of the spectrum of US media: objective, fact-based, trustworthy

That means: The Sun-Times, also known for often brutal or at least tabloid headlines as well as for investigative journalism and formidable authors such as film critic Roger Ebert or humorist Mike Ryoko, becomes part of a conglomerate that is known for not being influenced by political currents and for reporting facts calmly and playing jazz in between. On the charts that rank U.S. media based on factuality and political bias – Fox News is considered very right-wing, close to propaganda, CNN opinionated-left – “NPR” is very high and in the middle: objective, fact-heavy, trustworthy. What exactly that can mean could be seen on January 11: Trump gave “NPR” a telephone interview, but when reporter Steve Inskeep calmly refuted his nonsense about the 2020 election with facts, Trump simply hung up.

“It’s an investment in journalism,” writes “Public Media” boss Moog about the planned purchase, and unlike usual with such deals, no jobs are to be cut – quite the opposite. He expects that 40 to 50 people will be hired: “We want to grow, also in the coming years.”

The deal is a departure from what has happened to US newspapers in recent years: the Washington Post and Bezos, billionaire Patrick Soon-Shiong and the Los Angeles Times. Even the Sun-Times is currently owned by a group led by investor Michael Sacks and Chicago Blackhawks hockey franchise owner Rocky Wirtz. The second variant: The hedge fund “Alden Global Capital” buys local newspapers on a large scale; now with more than 200 newspapers, including about Boston Herald, Mercury News and Sun-Times-Rival Chicago Tribune, Alden is the second largest newspaper publisher in the United States after Gannett. He stylizes himself as the savior of this industry; Critics see it more as a bloodsucker who wants to squeeze as much as possible out of a crisis-ridden industry – and then lets the carcasses rot. In the magazine Vanity Fair Alden is called “the grim reaper of US journalism”.

So now this variant, which already exists in a smaller form: The Philadelphia Inquirer belongs to the non-profit “Lenfest Institute for Journalism” since 2016; its boss Jim Friedrich was now consultant for the deal in Chicago. “This city’s news houses have been cannibalized by hedge funds and a lack of investment in digital transformation,” he writes. “This deal is a model for other NPR houses and local newspapers.”