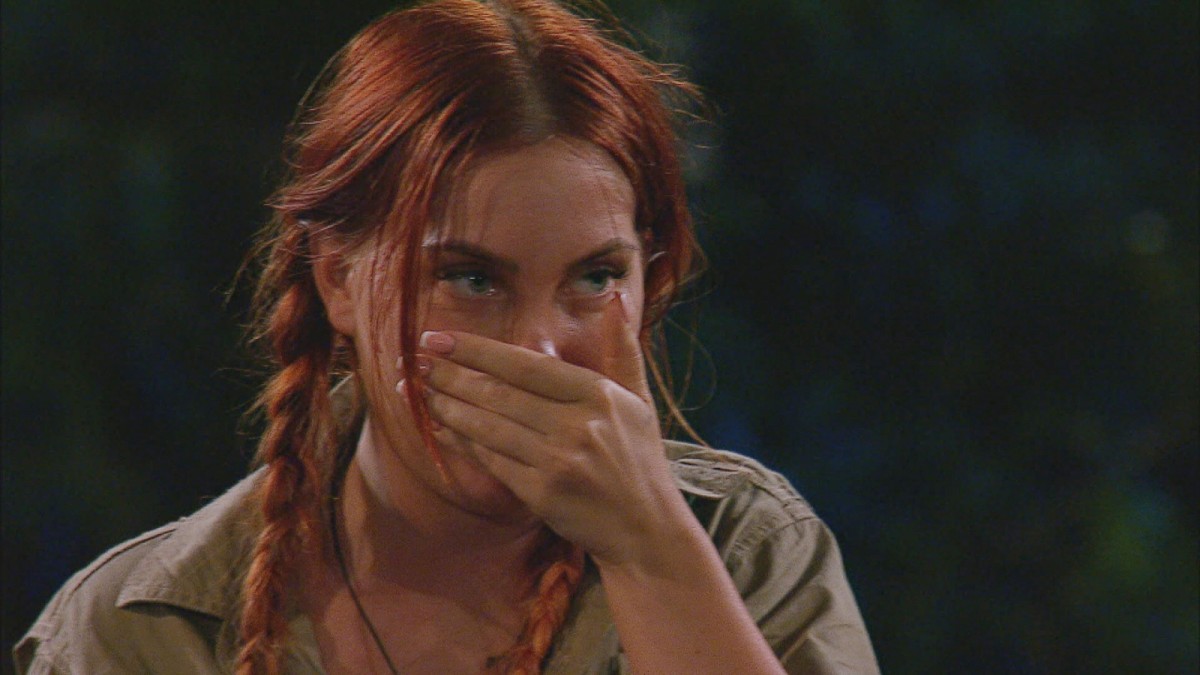 In the most iconic scene of Francis Ford Coppola’s anti-war epic Apocalypse Now Marlon Brando lies in a temple ruin and ponders the abysses of life. Colonel Kurtz’s mind is as shadowed as his lair in the green hell of Vietnam. Everything is paranoia, meaninglessness, just “the horror”. And there were moments in that first week of jungle camps, which looked like a bizarre reenactment, starring: Anouschka Renzi, who was lying on her camp bed, muttering, staring into nothingness: “What a shitty show”.

Since the virus has the world under control, such a sentence can apply to life in general – but certainly not to realistic television entertainment. Because it delivers reliably.

In the first seven days of the RTL premium format “I’m a Celebrity, Get Me Out of Here” (IBES) there is a bereavement to report a tangible racism scandal including expulsion. A monkey relieved itself on the head of Simplicissimus Filip Pavlović. Sinnfluencer Tara Tabitha forestalled scurvy and lost part of a tooth. For an entire episode, she covered her mouth with her hand, giving the false impression of either shyness or, more likely, nausea.

The current season of jungle camps prototypically shows why the format has worked so well for years. The magic word is editing power. Twice already the ugly reality crept into the picture like a cockroach in body orifices. Model and reality star Janina Youssefian used a racist slur in an argument with model and reality star Linda Nobat and had to leave. When the actress Tina Ruland received the news of the death of a friend in the camp, moderator Daniel Hartwich apparently didn’t know and apologized the next day for his inappropriate behavior. That distinguishes good from bad trash television: illuminate, don’t exploit.

How Tina Ruhland drives everyone crazy with the sound of a social worker: deluxe horror

While the confrontation cast contestants of swamp shows like Summer house of the stars or Celebrities under palm trees spit in each other’s faces or get drunk to the point of rupture, the spiral of escalation at IBES turns comparatively leisurely. The focus here is on natural catalysts of interpersonal disruption: lack of sleep, low blood sugar, legumes.

And so Anouschka Renzi’s cheerful superiority (“I have acting training!”) is gone the second she is supposed to give up her earplugs and take over the middle night shift at the fire. Then, contrary to customary industry practice, she refers to her advanced age and accuses the rational Tina Ruland that she has “no emotions in her body” and should please “lie down chopped up” (Hmmmmm, delicious chopped!). Anyway, Tina Ruland. How she never ducks the dishes, uncomplainingly eats the vegetarian alternative to kudu loin and with her social worker sound drives half the camp into Colonel Kurtz’s spheres of madness. Suddenly you remember that there must be a machete somewhere in the camp. the horror. the horror. the horror.

Harald Glööckler, on the other hand, who must have seemed to the inexperienced as if he had been caught in a swarm of hornets, is now the face of a new jungle stoicism, he is walking proof that dignity and wilderness are not mutually exclusive. “Nothing needs to be embarrassing here anymore,” he says to Tabitha, when she complains loudly about her dental emergency, of all things from the man who, with foresight, left his hairstyle at home. Glööckler is a Zen master of the jungle, he mashes thousand-year-old eggs like others do the morning smoothie and affectionately calls his fellow campers “Blagen”. When Glööckler explains with great seriousness around the campfire that his deceased mother’s soul has gone into a peacock, you don’t feel malice, but the deep wish that after the death of the eccentric fashion designer at least one unicorn will be ready.

Which leads to the problems of this season: Actually nobody believes that in the end someone else than Glööckler wears the jungle crown. This predictability is one thing, the other affects pretty much every long-standing reality format: the participants now not only know exactly what to expect, but also what is expected of them, what brings ratings and makes the gossip columns glow. In Germanys Next Topmodel the epic catfights are now being orchestrated by the candidates themselves. None of the young women here is still hoping for a dream career. The money is no longer earned on the catwalks anyway, but on Instagram – followers count, Heidi Klum’s mood of the day doesn’t count.

At IBES, too, it hardly takes more than 24 hours until the first confession. Against all resolutions, Jasmin Herren unpacks about her deceased husband, his family and other dependencies. Harald Glööckler talks about his traumatic childhood, the violent father, the possessive partner. Soap actor Eric Stehfest admits: “I’m here to be heard!” You want to call out to him: Eric, if you really want to be reconciled with your mother, please give her a call!

Luckily there is still moderation, editing and sound design, which are not only masterfully enjoyable, but also ideally revealing. No matter how controlled Renzi can trudge into the complaints booth called “Jungle Telephone”, when the door squeaks like an opening coffin, it’s clear that an outburst is about to happen, which is one thing above all: embarrassing to death. Nobody is safe from a well-placed jungle diss, not even the non-format colleagues. Who thought it was a good idea that ex-ARD presenter Pinar Atalay RTL direct informed about compulsory vaccinations, child abuse and the Ukraine crisis in a ten-minute break between cabin fever and the disgust test cannot be conclusively clarified. It’s always good for a deadly poison arrow from colleague Zietlow: “They brought me to RTL back then: high gloss, everything very serious, information offensive and so on,” flutes IBES hostess: “And where are we now both landed? In the jungle!”

The final word has Linda Nobat, who has to go to the jungle test with two fellow campers for the sixth time in a row. Everyone is brave, but terribly dirty, there are zero stars, and in the midst of the chaos she bursts out: “Shut up and watch!!” At your command, Linda.